Czechs in post-vote limbo as President rushed to hospital 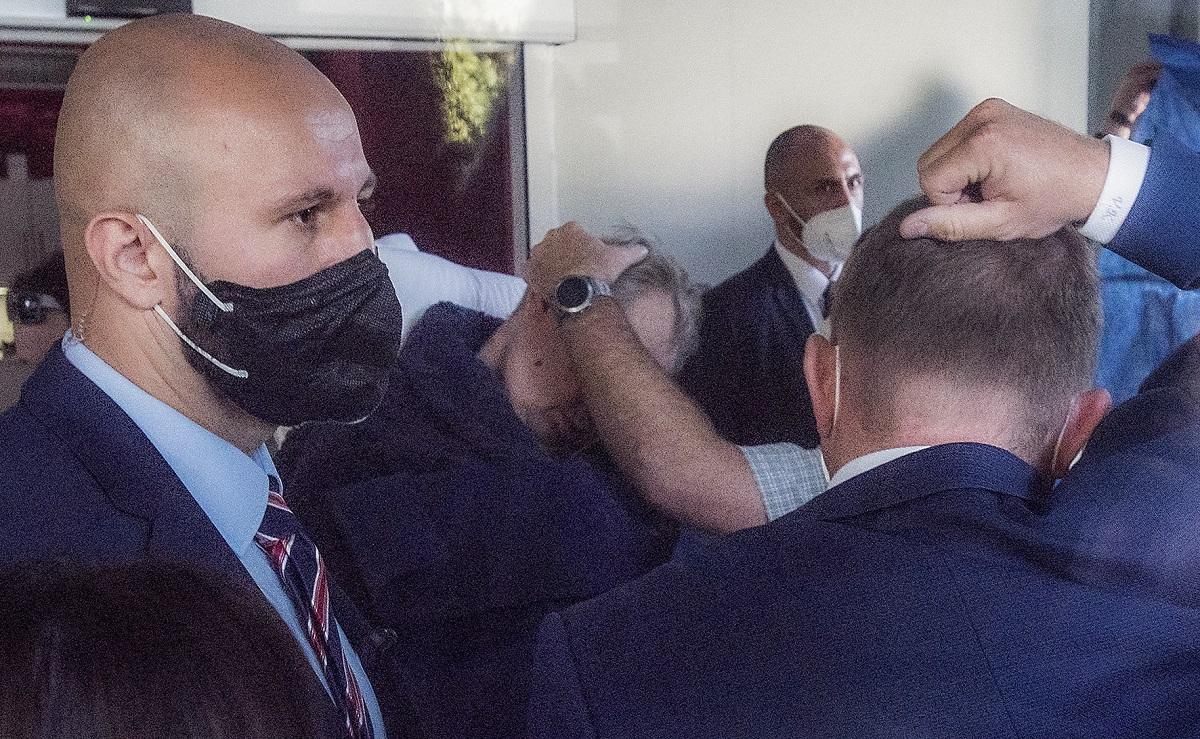 PRAGUE, Czech Republic — The Czech Republic was plunged into uncertainty on Sunday as President Milos Zeman was rushed to hospital a day after his ally, populist billionaire Prime Minister Andrej Babis, narrowly lost an election.

The president, who plays a critical role in nominating any future prime minister, was taken to hospital by ambulance shortly after meeting Babis and appeared to be unconscious upon arrival, with someone seen holding up his head.

His doctor said he was in intensive care.

Babis is hoping to hold on to power despite being defeated on Saturday by the center-right Together alliance, which has said it is ready to form a majority government with another grouping.

But after the first informal talks between Babis and Zeman at the latter’s residence outside Prague, the president, who has been grappling with liver problems according to local media and politicians, ended up in intensive care.

“At the moment, the patient is hospitalized at an intensive care unit of Prague’s Military University Hospital,” Zeman’s doctor and head of the hospital, Miroslav Zavoral, told reporters.

He added Zeman had not allowed him to disclose his diagnosis.

The president had cast his ballot in his official residence because of health problems, less than a month after he spent eight nights at the military hospital.

Zeman’s office has been secretive about his illness, giving no details for weeks.

The Together alliance of the right-wing Civic Democrats, the center-right TOP 09 and the centrist Christian Democrats won 27.79 percent of the vote, while Babis’s ANO party earned 27.12 percent.

The alliance would have a majority of 108 seats in the 200-seat parliament together with another grouping comprising the anti-establishment Pirate Party and the centrist Mayors and Independents.

Together leader Petr Fiala said on Saturday that the two alliances would only talk about a government with each other and ask Zeman to tap him to form the government.

“It seems that both democratic coalitions will manage to get a parliamentary majority, which most likely means Babis will have to go,” said Otto Eibl, an analyst at Masaryk University in Brno.

A day after voting in Prague, Zdenek Klima told AFP he was “absolutely excited” with the outcome.

“Owing to the new government, we will finally be where we historically belong,” he beamed.

The two alliances and ANO will be joined in parliament by the far-right, anti-Muslim Freedom and Direct Democracy (SPD) movement led by Tokyo-born entrepreneur Tomio Okamura which scored almost 10 percent.

Babis currently leads a minority government with the left-wing Social Democrats, which was until recently tacitly backed by the Communist Party that ruled the former totalitarian Czechoslovakia from 1948 to 1989.

But the Communists were ousted from parliament at the polls for the first time since World War II, and the Social Democrats also failed to meet the five-percent threshold for parliament entry.

The 67-year-old Babis, a food, chemicals and media mogul, is facing police charges over alleged EU subsidy fraud and the bloc’s dismay over his conflict of interest as a businessman and a politician.

Last weekend, the Pandora Papers investigation showed he had used money from his offshore firms to finance the purchase of property in southern France in 2009, including a chateau.

He has denied any wrongdoing and slammed the allegations as a smear campaign. — AFP

iNFOCUS: LGU-Del Carmen joins the observance of the 18-day Campaign to End Viole