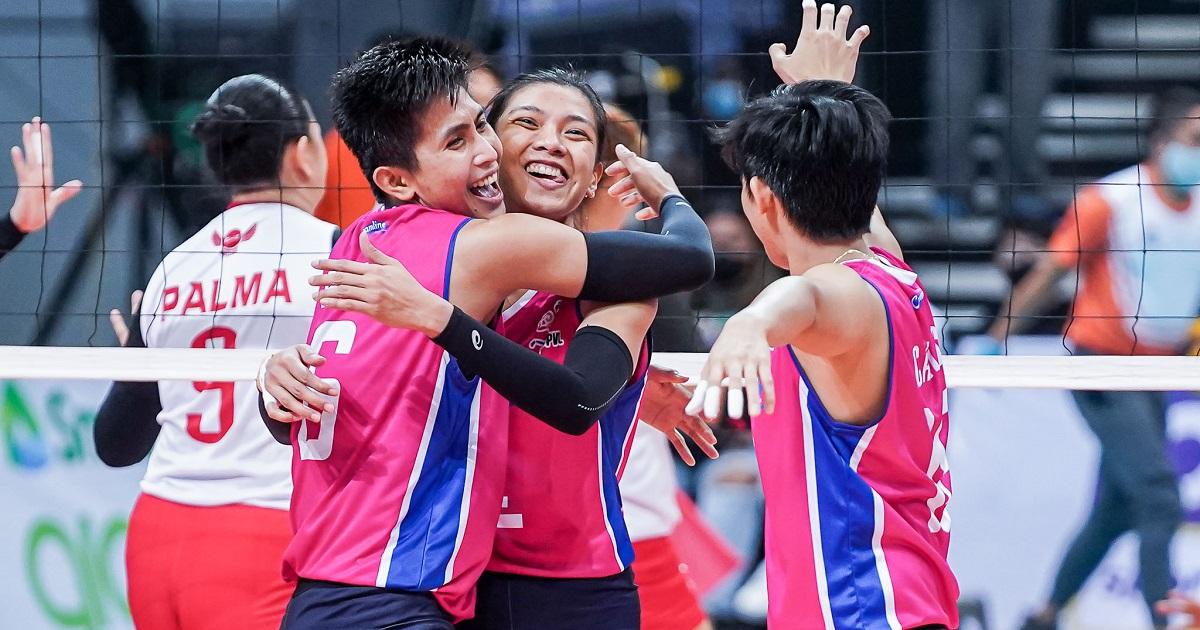 With the game tied at one set apiece, the Cool Smashers came alive in the third frame with a quick 17-6 run to open the set with Jema Galanza and team captain Alyssa Valdez taking charge.

Creamline would hold the Angels to only six points after that juncture as Tots Carlos, who lifted the team in their semifinals sweep of Choco Mucho, ended the third set with an opposite hit, 25-12.

In an extended fourth set, the troika of Galanza, Valdez, and Carlos showed up with Valdez bringing them to 30-29 before an error from her tied it all up at 30. Carlos then attacked from the opposite side anew while an error from Petro Gazz sealed the deal for Creamline.

The former Ateneo standout finished with 23 points on 19 attacks, three blocks, and an ace while middle blocker Bea De Leon had 11 markers as they inched closer to pulling an upset over Cignal.

Cignal lost to Petro Gazz in the semifinals after sweeping its pool stage campaign and a stellar quarterfinal sweep of Balipure. Choco Mucho, meanwhile, fell to sister team Creamline in the final four.

Game 2 for both series is slated for Friday, April 8, with Choco Mucho looking to finish off Cignal at 3 p.m. while Creamline will vie for the crown at 6 p.m. at the Ynares Center in Antipolo City. Admin 3 - September 19, 2022 0
The Southwest Monsoon (Habagat) continues to affect the western sections of Central and Southern Luzon on Monday and will bring rain showers...