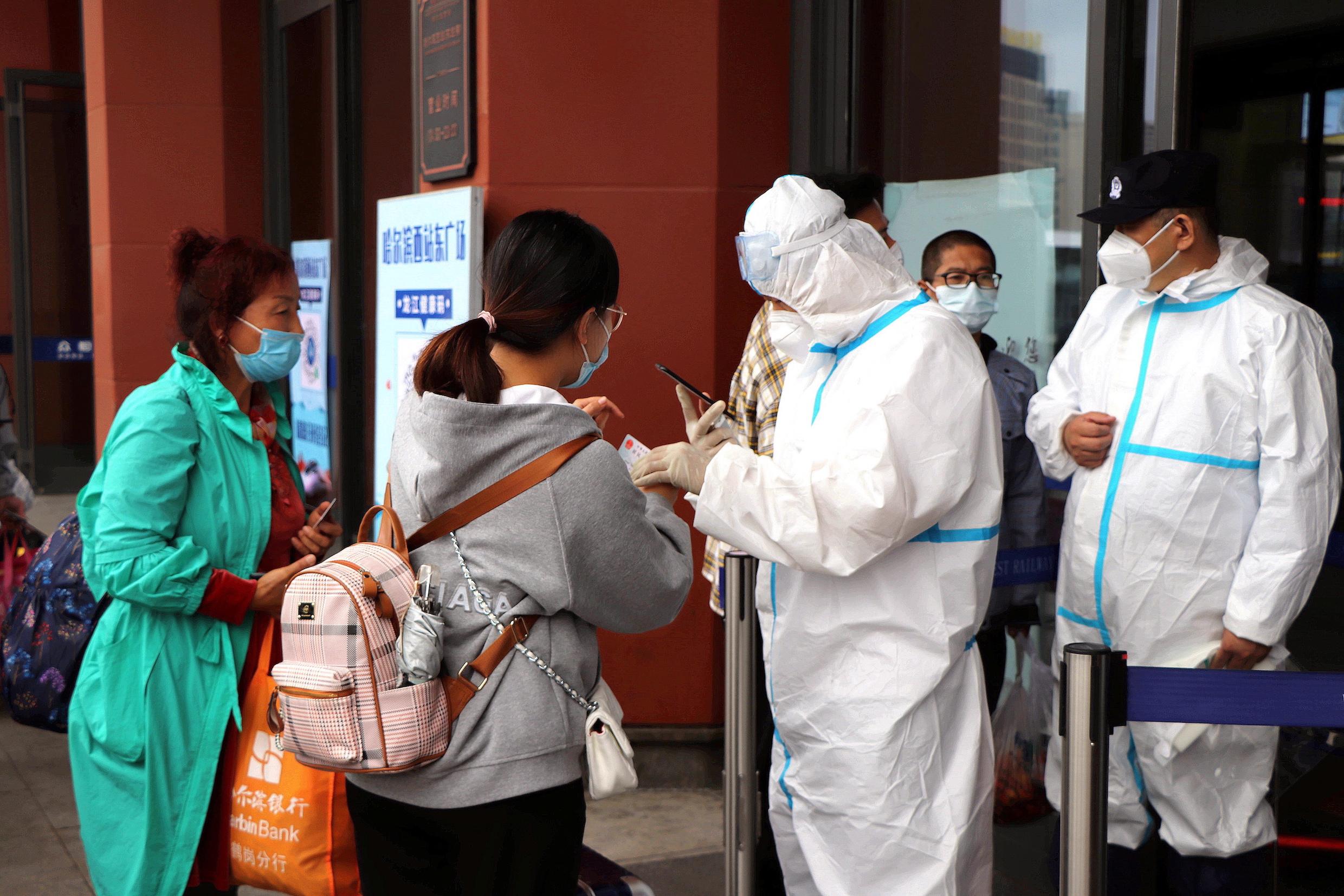 Three of 16 new local cases reported in China for Sept. 21 were in Harbin, the provincial capital of Heilongjiang, the National Health Commission (NHC) said on Wednesday. The last reported locally transmitted cases in the city were on Feb. 4.

Harbin, known for its minus 30 degree Celsius (minus 22 degree Fahrenheit) winters, on Wednesday vowed to complete an initial round of city-wide testing by Thursday, and told its residents to refrain from stepping outside their homes, unless necessary, before their test results are out.

The city has already told its residents to avoid leaving town unless for essential reasons, and those who do leave must produce proof of negative test results within 48 hours from departure.

Indoors venues such as cinemas, gyms and mah-jong parlours were also shut, and tourist sites were ordered to limit visitor traffic at half of their capacity, state television reported on Tuesday.

The city would also suspend offline classes at all kindergartens, primary schools and high schools for a week from Wednesday, state television said late on Tuesday.

It was unclear if the three new Harbin cases were linked to the current outbreak in the eastern province of Fujian.

According to state television, one of the cases was found when the person went to a local hospital for testing.

The other two, close contacts of the first case, returned to China from the Philippines in late August and were first quarantined in the southern city of Guangzhou before being quarantined again at home in Harbin.

Bayan county, where the three cases lived, suspended bus and taxi services and locked down some areas.

In Fujian, the cities of Xiamen and Putian reported a total of 13 new cases for Sept. 21, according to the NHC on Wednesday, down from the average daily count last week.

Vice premier Sun Chunlan said on Monday that local officials should not be blindly optimistic about the progress made in Fujian, because uncertainties remains and the battle against the virus was still in a “deadlock”, state media reported.

Sun demanded that efforts to seal up communities deemed of virus risk should be stricter, according to Fujian Daily.

The four Fujian cities of Putian, Xiamen, Quanzhou and Zhangzhou that have reported local cases have all told residents not to leave town unless for essential reasons.

Zhangzhou has told local authorities to tighten approval for foreigners seeking to enter the city. — Reuters