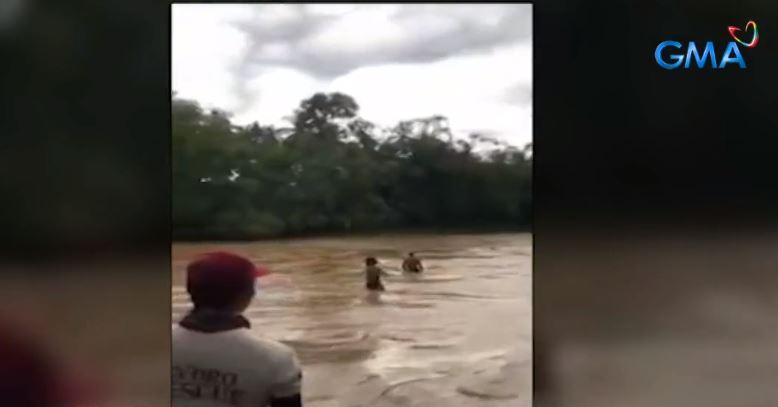 Members of the Municipal Disaster Risk Reduction and Management Office (MDRRMO) in President Roxas, Cotabato rescued three residents who were swept away by flood due to tropical depression Crising.

According to James Agustin’s Friday report on “24 Oras,” strong rains caused the Kabacan River to overflow as three persons were crossing.

The residents and their cow were then carried away by the rapid water.

Th MDRRMO and some residents worked together to rescue the victims. They were safely brought to the shore.

Meanwhile, an evacuation center was flooded in South Upi, Maguindanao after a nearby river overflowed.

The evacuees have been staying at the evacuation center for almost six months. They fled their homes after chaos erupted in some barangays.

Some motorcycle riders also waited for almost two hours to cross the flood in Upi.

Crising also brought strong rains to General Santos City. Despite this, no flooding was recorded in the area.

Davao City, on the other hand, suspended classes in all levels in both private and public schools from Friday to Saturday.