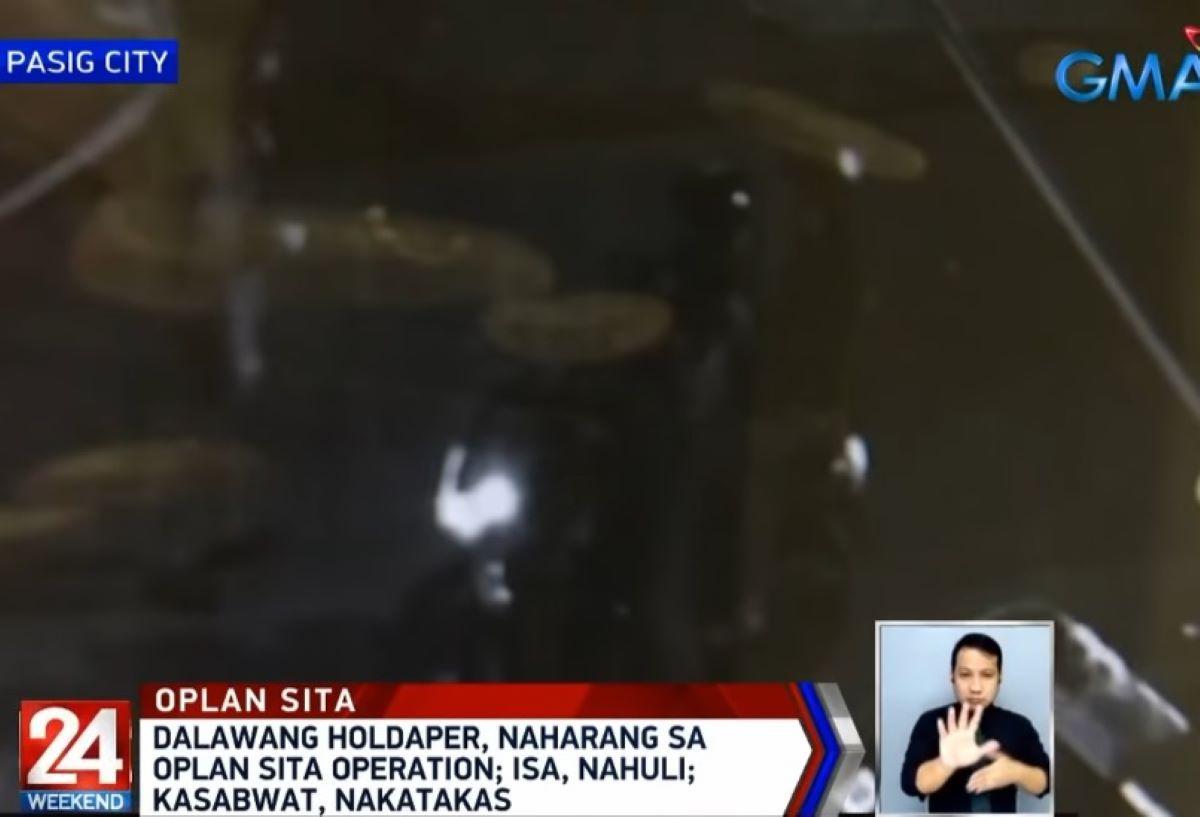 Authorities arrested on Friday one of two suspects behind two hold-up  incidents in Pasig City, and launched manhunt operation for the other who managed to escape, Mai Bermudez reported on “24 Oras Weekend.”

CCTV Footage showed police operatives from the city’s Oplan Sita flagging down a motorcycle with no license plate on Friday midnight in Barangay Palatiw.

When reprimanded, the two suspects refused to show the contents of their bag. The rider backed away and attempted to flee while the other man pointed his gun at the cop.

In the scuffle for the gun, the suspect was shot in his right leg.

In another CCTV footage, one of the suspects could be seen running toward E. Santos Avenue. He supposedly fired at Police Staff Sergeant Adolfo Bruso. The cop returned fire, but the suspect managed to flee.

(Actually, the driver of the motorcycle escaped. It started when they were flagged down. While he was escaping, he was firing at our officer. Luckily, the cop… was wearing a bulletproof vest.)

Authorities arrested a certain Jason Trinidad, and launched a search operation for the suspect identified as Alex Almuela.

An initial police investigation showed that the suspects were behind a robbery incident in a market in Barangay Palatiw, and last week’s gasoline station heist, where one of the suspects pointed his gun at a staff and took away the victim’s cellphone and P4,000 cash.

Trinidad has been slapped with a number of charges. —LBG, GMA News