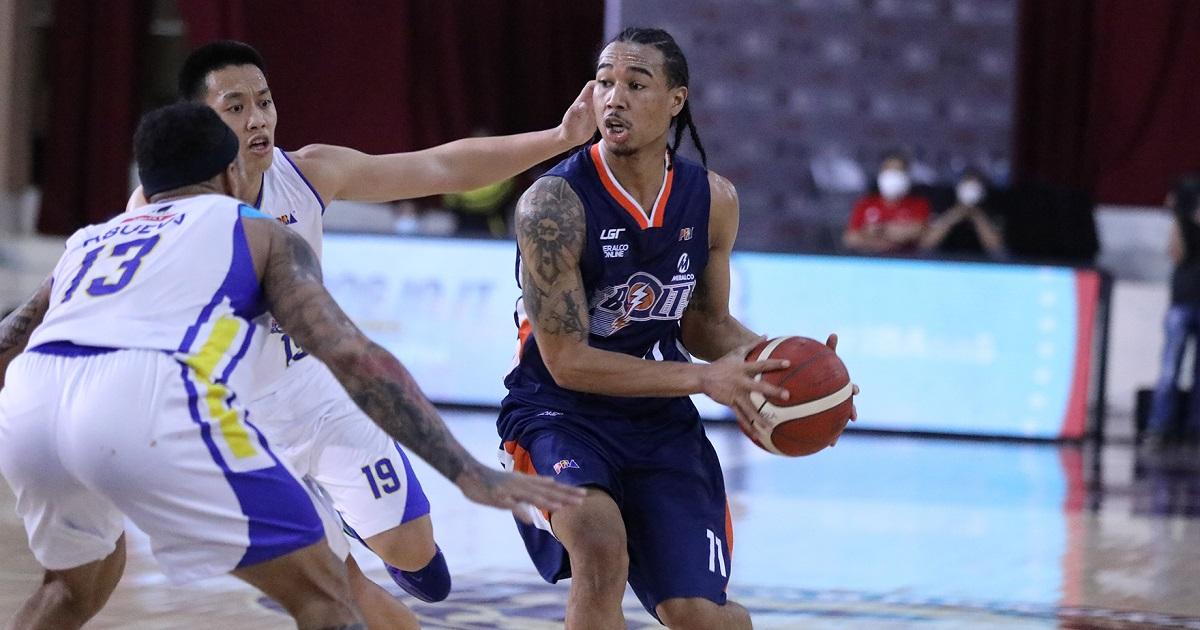 Chris Newsome buried a game-winner at the buzzer to help the Meralco Bolts stun the erstwhile unbeaten Magnolia Hotshots, 95-94, in the 2021 PBA Philippine Cup on Wednesday in Bacolor, Pampanga.

The thrilling victory brought the Bolts to 5-1 win-loss card while the Hotshots dropped to 4-1.

Magnolia looked like it would walk away with the win after leading by as many as 13 points in the fourth quarter. However, the Bolts staged a late comeback and cut the lead to just one point, 93-94, with 25 seconds remaining.

Mark Barroca then hit a triple but after thorough review by the game officials, it was ruled not counted due to 24-second violation.

With 4.3 seconds left on the clock, Meralco got the ball to Newsome who found an open lane for a layup just before time expired.

The former Ateneo standout finished with 14 points and added two rebounds and four assists to his statline while Mac Belo carved out a team-high 22 markers to go with six rebounds. Cliff Hodge chipped in 18 points.