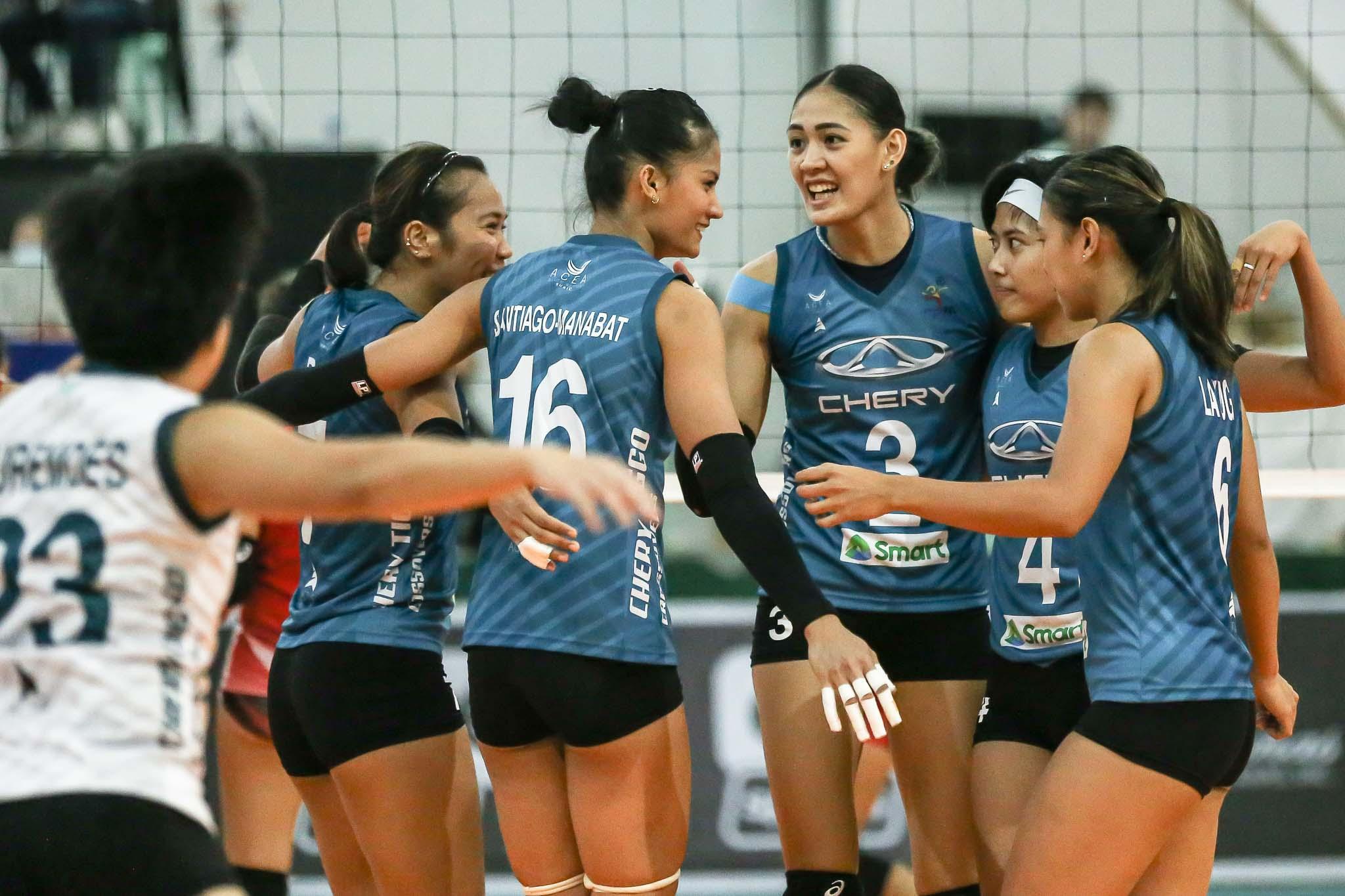 It was a display of pure dominance from both Chery Tiggo and Creamline as they opened their respective campaigns in the Premier Volleyball League (PVL) with a big win.

The Crossovers banked on the fine showing from sisters Jaja and Dindin Santiago who steered them to a 25-20, 25-17, 25-6 win over PLDT at the PCV Socio-Civic Cultural Center in Bacarra town, Ilocos Norte Saturday.

The 6-foot-5 Jaja, who’s coming off a fruitful stint in the Japan V. League, dominated the middle en route to her 11 points off of seven attacks and four service aces.

Her older sister, Dindin, chipped in 12 markers while middle blocker Joy Dacoron contributed 13 as Chery Tiggo emerged as the first-ever winner in the inaugural professional season of the league.

The Santiago sisters could not help but marvel over their on-court reunion, which played a big factor on today’s outing.

“Of course I was happy to be finally reunited with her (Dindin) after a long time because she really guides me and at the same time, I also guide her,” Jaja said during the post-game interview.

Opposite hitter Michel Gumabao starred for the Cool Smashers with 24 huge points as they stretched their winning streak to 21 games, which dates back to their sweep of the 2019 Open Conference.

PVL returns on Sunday with a match between Petro Gazz and Philippine Army at 3 p.m. followed by the clash of Bali Pure and Choco Mucho at 6 p.m.