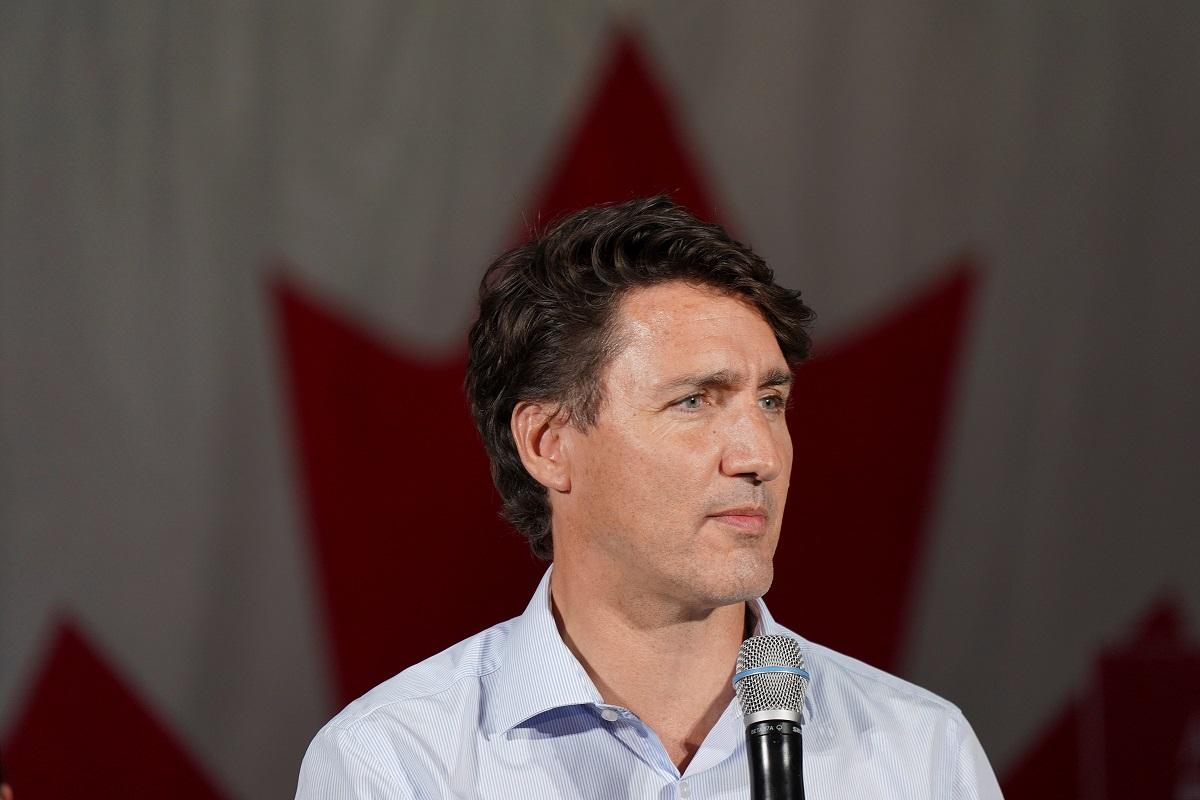 MONTREAL/OAKVILLE, Ontario — Canadian Prime Minister Justin Trudeau, crisscrossing the country making a last pitch to voters before Monday’s election, said on Sunday only his Liberals could end the COVID-19 pandemic and accused his main rival of taking the wrong approach.

Opinion polls indicate the political advantage moving to Trudeau, who is stepping up attacks on Conservative Party leader Erin O’Toole over the pandemic. Trudeau favors vaccine mandates opposed by O’Toole, who prefers testing to control the public health crisis.

If Trudeau does win, it would most likely be another minority government, leaving him dependent again upon other parties to govern. Trudeau, 49, took power in 2015.

O’Toole, 48, has been on the defensive since ally Jason Kenney, the conservative premier of Alberta, apologized on Wednesday for relaxing COVID-19 controls too early and mishandling the pandemic. Cases in the western province have soared.

“We do not need a Conservative government that won’t be able to show the leadership on vaccinations and on science that we need to end this,” Trudeau told reporters in Montreal.

Trudeau added that Canadians “have a really important choice to make, whether they want Erin O’Toole to continue working with Jason Kenney on not ending this pandemic, or do they want a Liberal government.”

O’Toole has sidestepped questions about his earlier support for Kenney’s approach.

Sunday offered the last chance to sway voters. Parties are not allowed to campaign on election day. Trudeau intends to make stops across Canada, covering some 2,800 miles (4,500 km). O’Toole instead focused on parliamentary constituencies near Toronto, Canada’s largest city.

Trudeau called the vote two years early to seek approval for his left-of-center government’s handling of the pandemic and regain the Parliamentary majority he lost in 2019. His initial healthy lead in the race vanished amid unhappiness with the early call.

Polls show neither the Liberals nor the right-leaning Conservatives having the 38% public support needed for a majority.

Trudeau’s government racked up record debt to tackle the pandemic. O’Toole, who has said Trudeau will amass unsustainable levels of debt if re-elected, initially took a lead after hammering the prime minister over what he called an unnecessary power grab during the fourth wave of COVID-19.

Aiming to broaden his appeal, O’Toole has tried to move his party toward the center, taking more progressive stances on gay rights and climate change than his predecessor.

“We’re not your grandfather’s Conservative Party. We’re reaching out to everyone—we’re a big, blue positive tent,” O’Toole told supporters at a restaurant in Oakville, Ontario.

A senior Liberal campaign official said Trudeau had gained late momentum. A string of opinion polls in the final days show the Liberals and Conservatives tied at around 32%.

This favors the Liberals, whose support is focused in large urban centers rich with constituencies. The Conservatives’ support base is in more sparsely populated rural regions and the west of the country.

Trudeau could be hurt if there is low voter turnout, which tends to favor the Conservatives.

If Trudeau does win another minority, he most likely would depend again on the left-leaning New Democrats of Jagmeet Singh, who want higher levels of spending. Singh on Saturday said both Trudeau and O’Toole have shown “an abject failure in leadership” in their handling of the pandemic, while also criticizing the early election call. — Reuters