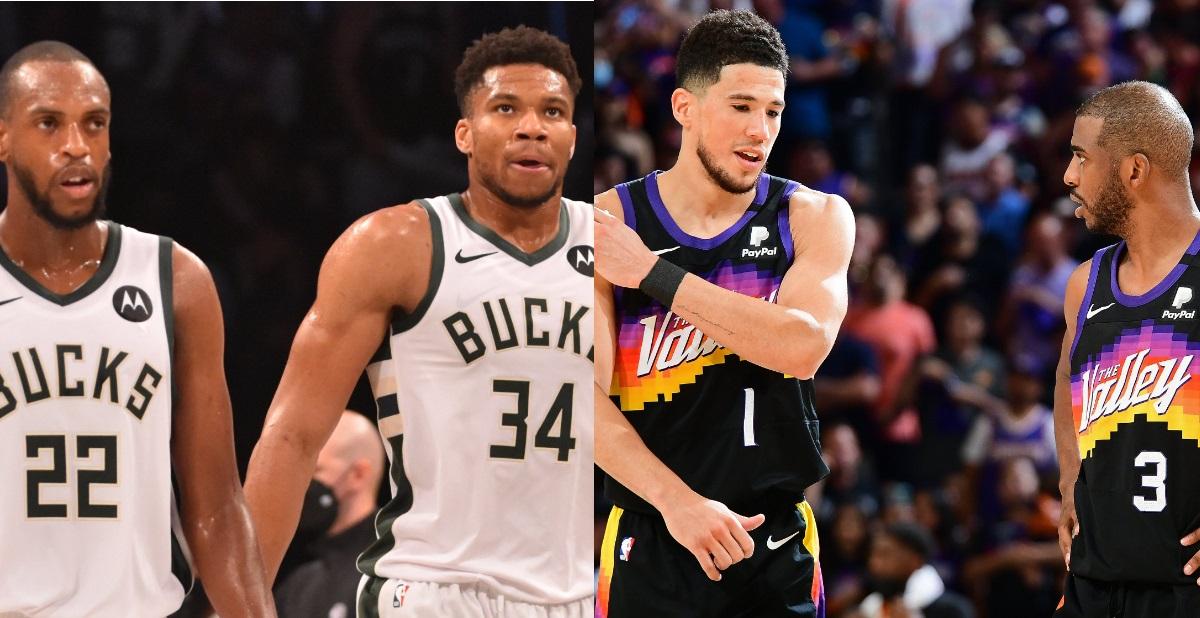 Top seeds and super teams will be spectators Tuesday when the Phoenix Suns play host to the Milwaukee Bucks in Game 1 of the smaller-market NBA Finals.

The Suns, a No. 2 seed in the Western Conference, face the No. 3 seed from the East in the Bucks, with both franchises ending long Finals droughts. Neither has been this deep in the playoffs in 28 years.

Milwaukee, which has not been to the Finals since 1974, has just one title, while the Suns return to the championship round for the first time since 1993 having never won it all.

A second NBA title for Milwaukee likely will hinge on the health of superstar Giannis Antetokounmpo, who is listed as doubtful for the opener because of a left knee injury. Antetokounmpo hyperextended the knee in Game 4 of the Eastern Conference finals and has not played since.

The Bucks still won the final two games of the conference finals against the Atlanta Hawks.

“Just continue to play aggressive,” Bucks point guard Jrue Holiday said of the team’s mindset amid the lingering uncertainty surrounding Antetokounmpo. “No letdowns because the way Giannis plays there are no letdowns… He brings so much to his team, he does so much for us, losing that will really be hard for us, so continue to be aggressive.”

The Suns have worked through their own availability issues with a superstar. Phoenix survived three playoff rounds, even as point guard Chris Paul was forced to work his way through a shoulder injury in the first round and a COVID-19 hiatus at the outset of the Western finals.

Paul is back into the flow, delivering a clutch 41-point performance in the conference final-clinching victory against the Los Angeles Clippers, even with a sore right hand. Devin Booker scored 22 points and averaged 25.5 points in the series.

“I think the guys feel really good about where we are,” Suns head coach Monty Williams said. “We have had a few days to heal and get back in the gym, and we have had some really good practices… Guys are ready to play. That’s been the sentiment for the last couple of days.”

Phoenix’s re-emergence was years in the making, drafting Booker and Deandre Ayton, but a championship run became realistic once Paul arrived. The Suns are the first team to make the NBA Finals after missing the playoffs in each of the previous 10 seasons.

The Bucks’ arrival came a few years earlier, earning the Eastern Conference’s best regular-season record in 2018-19. But a Finals appearance has escaped them, and it looked as if the Philadelphia 76ers and Brooklyn Nets had better NBA Finals prospects this year.

Like the Suns, the arrival of a point guard has helped the Bucks. Holiday runs the floor in Milwaukee now, helping Antetokounmpo (28.2 points, 12.7 rebounds in the playoffs) and Khris Middleton (23.4 points, 8.0 rebounds) draw within four victories of a title.

The Suns and Bucks have met twice this season, with Phoenix winning by a point each time. The Suns earned a 125-124 victory on Feb. 10 as Antetokounmpo missed a 19-footer at the buzzer. The Suns won again 128-127 in double overtime at Milwaukee on April 19 as four Phoenix starters scored at least 20 points.

The Suns’ Jae Crowder is the only player on either team with NBA Finals experience, playing six games in last season’s Finals with the Miami Heat.

“I think our team knows when to lock in and when we got to enjoy the moment and enjoy ourselves,” Paul said.

Philadelphia subway riders witnessed rape but did nothing, police say