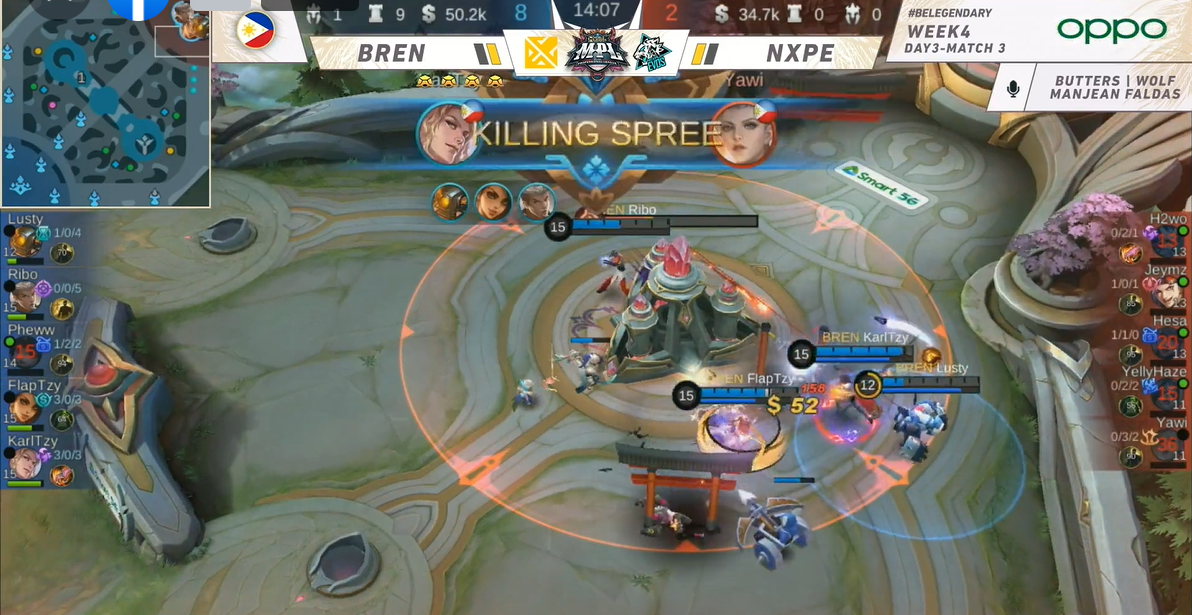 Bren Esports finally registered their second win this season with a 2-1 escape against Nexplay Evos as they try to make a final push in the Mobile Legends: Bang Bang Professional League (MPL) Philippines Season 8 elimination round on Sunday.

The Season 6 champs avoided being buried deep in the standings as they scored much needed points to rise up to seventh place with seven points. Only the top 6 teams will move on to the playoffs.

The M2 world champs displayed vintage form early on, dominating NXPE with a 6-1 kill lead by the 5th minute as Karl “KarlTzy” Nepomuceno (Paquito) led their aggression with a 1-0-5 KDA.

Despite a shut down in the 14th minute, KarlTzy still went on to finish with a 5-1-10 KDA to help Bren take the opening game, 1-0.

His Paquito prowess was in full-display as he was a participant in each kill registered by Bren to typify his in-game brilliance.

The Dogie-mentored squad though was not to be outdone as NXPE quickly recovered, scoring a 2-0 pick off in the 1st minute of Game 2 that set the tone for the rest of the match.

Bren never had their moments and Tristan “Yawi” Cabrera’s (Jawhead) perfect flicker-ejector combo in the 17th minute resulted in a 2-1 exchange that took the fight away from Bren, 1-1.

It was totally different in Game 3 as Bren targeted Yawi on their draft, limiting NXPE’s playmaking ability which led to a 4-0 Bren lead on the 4th minute and a huge 7k gold lead by the 7th minute.

They finished off NXPE on the 14th minute with both KarlTzy (Lancelot) and David “FlapTzy” Canon (Esmeralda) finishing with identical 3-0-3 KDAs.