Blacklist completes first round sweep with conquest of RSG 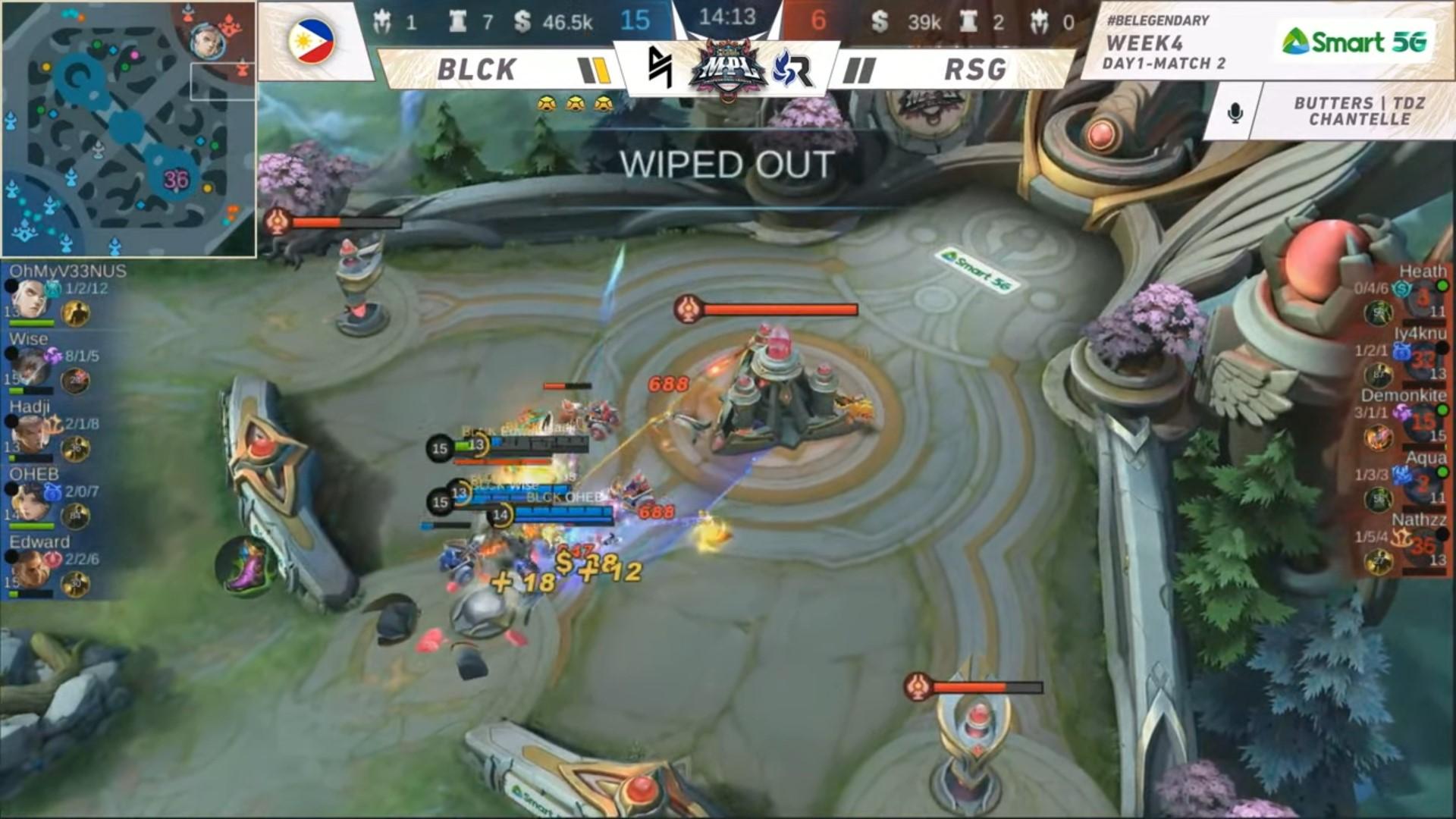 It was the seventh straight win for the 2021 MLBB Southeast Asian Cup runners-up to remain undefeated against all teams in the MPL this season. They are now up to 17pts in the standings, leading the pack by a mile with Onic Philippines remaining a distant second at 13pts.

Blacklist unleashed Danerie James “Wise” Del Rosario’s Bruno for the first time this season after RSG tailored their draft against him but the defending champs easily operated around this draft with superior macro strategy and rotation.

Wise finished with a 5-0-1 KDA to lead Blacklist’s 8-1 annihilation of the MPL rookies.

It was pretty much the same in Game 2 as the Tier One-backed squad once again took the lead in the early game after a 3-0 wipe in a 2nd-minute turtle fight courtesy of a Wise (Granger) double kill.

But RSG mounted a comeback in the 11th minute after a 2-0 pickoff in the midlane followed by a shutdown on Wise, who had a 6-0-3 KDA at that point, a minute later.

Kiel “OHEB” Soriano (Lunox) then executed a perfect RubyDD play in a 13th-minute midlane clash to touch off a 3-0 wipe and secure another sweep for Blacklist.

Taking care of General Luna and its people is always my top priority. This after…