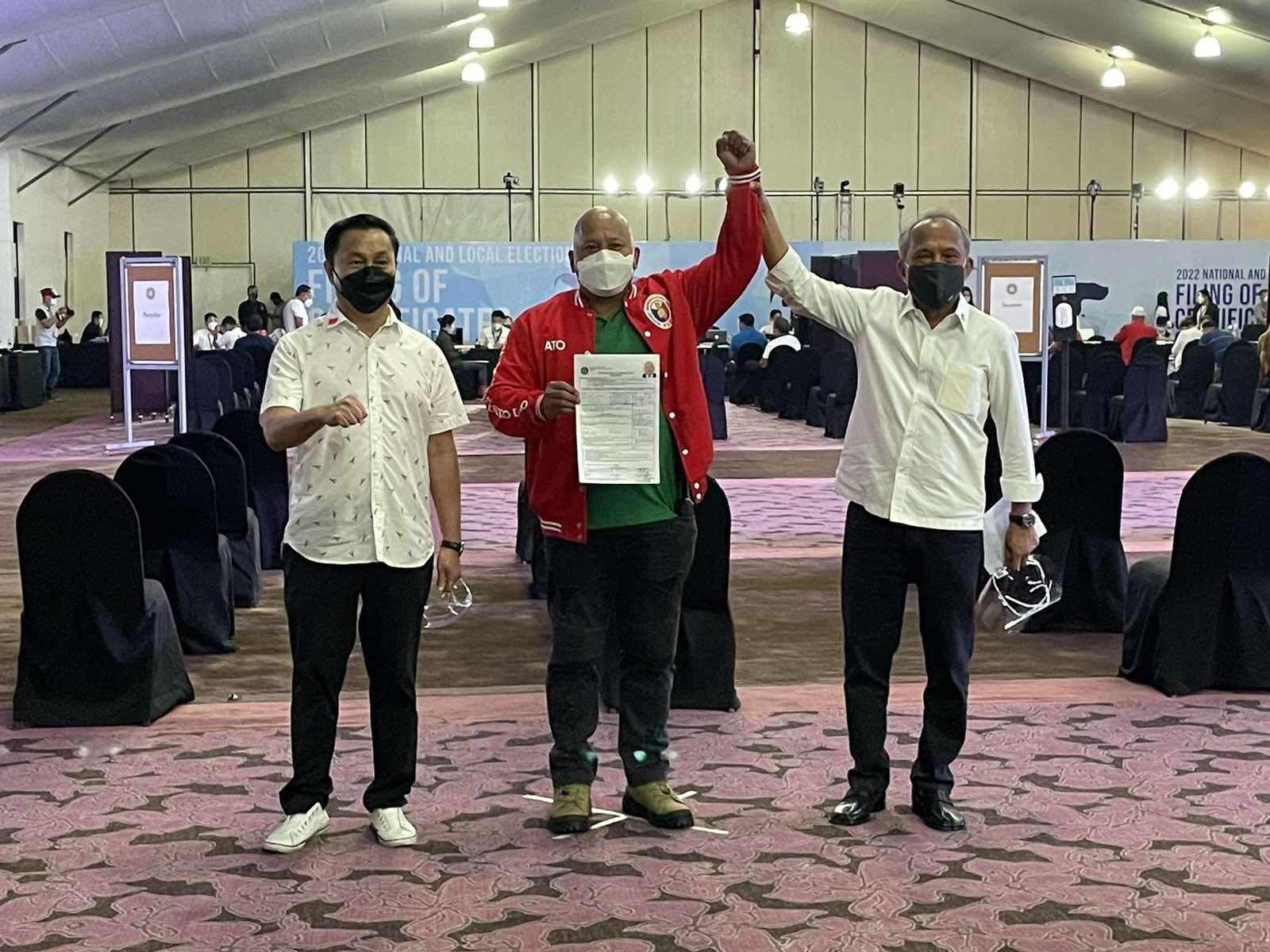 Senator Ronald “Bato” Dela Rosa on Monday said he is “very much willing” to withdraw his certificate of candidacy (COC) for president if Davao City Mayor Sara Duterte would seek the presidency under PDP-Laban.

“Pag sa PDP, i-accept n’ya ang offer ng PDP to become our standard-bearer, then by all means I will withdraw at papalit s’ya,” Dela Rosa said in a virtual interview with reporters.

(If she will accept the offer to be PDP-Laban’s standard-bearer, then by all means, I will withdraw my COC.)

(I am very much willing because she has high winnability and her capability and capacity to lead are beyond question.)

Should the presidential daughter decides to run for president under another political party, Dela Rosa said he will support Sara “through and through” and wait for PDP-Laban’s decision if his presidential bid will push through.

“‘Kung ibang partido naman ang tatakbuhan niya, through and through ako mag-susuporta. Pero I have to wait for the decision of our party kung mag-withdraw ako o hindi,” he said.

(If she runs under another political party, I will support her through and through. But I have to wait for the decision of our party if I will withdraw my COC or not.)

On the other hand, Dela Rosa admitted that his decision to run for president was finalized about two hours before the period of filing COC ended on October 8.

He denied that the PDP-Laban is waiting for Sara until the last minute of the COC filing.

Dela Rosa added that he was not instructed by the party leadership to be the temporary standard-bearer for PDP-Laban until the end of the period of substitution on November 15.

Over the weekend, Dela Rosa said he had received President Rodrigo Duterte’s blessing to run for president in next year’s elections.

Amid persistent calls from her supporters for her to seek the presidency, Sara Duterte maintained last week that she is seeking reelection in the May 2022 elections.

“I am presenting myself to the Dabawenyos as mayor for the third and last time in my life as a politician. I call on everyone to work together for an honest, orderly, and credible elections in May 2022,” Sara said in a Facebook post last Friday, the last day of filing COCs.

Sara filed her COC for her reelection bid on October 2.

President Duterte on Friday conceded that Sara Duterte would not join the race to succeed him in Malacañang next year. —KBK, GMA News