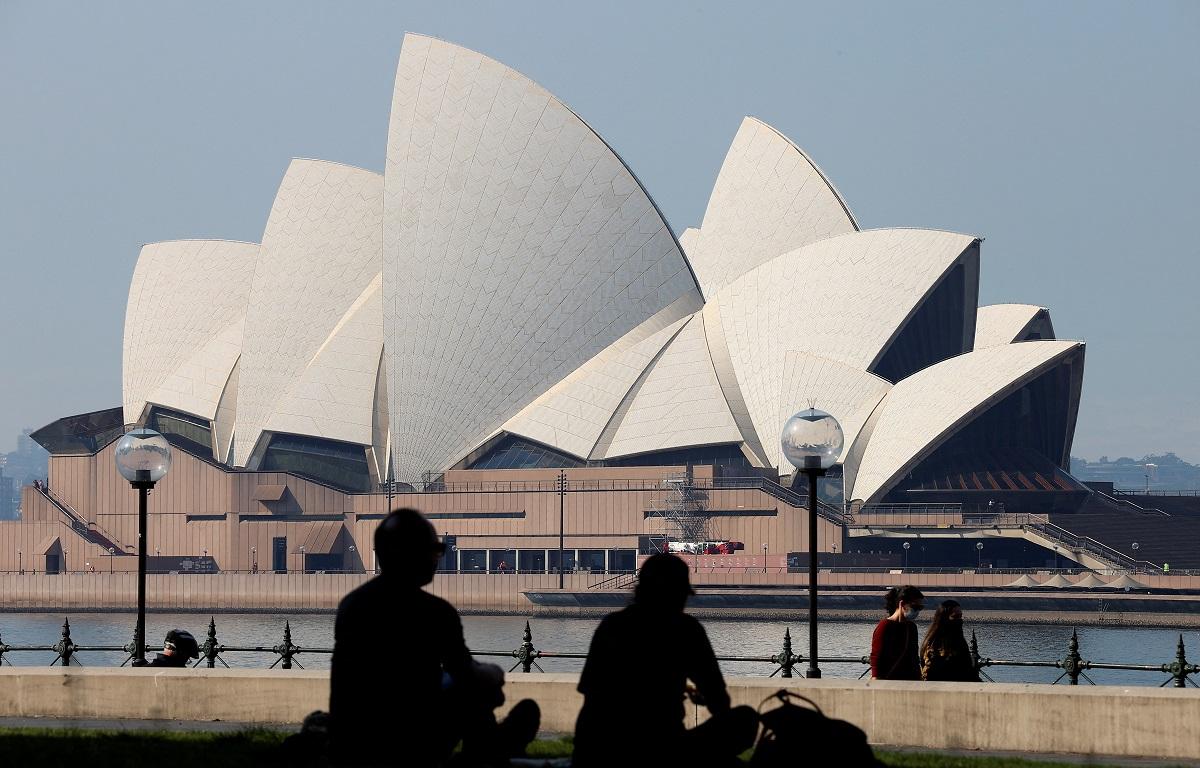 MELBOURNE — Australia will stick to its lockdown strategy against the coronavirus until at least 70% of its population is fully vaccinated, but after that it will have to start living with the virus, Prime Minister Scott Morrison said on Sunday.

The country set a record with 914 infections, its highest daily figure, as the southern and eastern states of New South Wales, Victoria and the Australian Capital Territory remain under a strict lockdown.

“You can’t live with lockdowns forever and at some point, you need to make that gear change, and that is done at 70%,” Morrison said in a television interview on the Australian Broadcasting Corp’s Insider program.

Lockdowns are a key element of the federal government’s strategy to rein in outbreaks until the 70% percent level is reached, with borders being reopened gradually when the figure climbs to 80%..

But in a departure from the zero-COVID strategy adopted since the pandemic began, Morrison said it was highly unlikely for Australia to reach zero cases before curbs can be eased.

“Lockdowns are not a sustainable way to deal with the virus and that’s why we have to get to the 70% and 80% marks, so we can start living with the virus,” he added.

About 60% of the population of 25 million is now under lockdown. Stay-at-home orders, often lasting for months, have taxed the patience of many.

Police in the most populous state of New South Wales said they handed out 940 fines in the past 24 hours for breaches of public health orders, while media said several hundred people gathered to protest Sunday curbs at the Queensland state border.

This follows hundreds of arrests made by police on Saturday during anti-lockdown demonstrations in Sydney and Melbourne, the capitals of the two most populous states, New South Wales and Victoria, which are under a strict lockdown.

New South Wales saw 830 new infections on Sunday, despite stepped-up efforts, and the Australian Capital Territory, home to the capital, Canberra, had 19. Nationwide, the tally of active cases stands at nearly 12,000.

The southeastern state of Victoria, in its sixth lockdown since the start of the pandemic, recorded 65 locally acquired cases on Sunday.

“We are throwing everything at this,” said Martin Foley, the state’s health minister.

Just about 30% of Australians older than 16 have been fully vaccinated, health ministry data showed on Saturday. This is mainly because the Pfizer vaccine is in short supply and the AstraZeneca vaccine provokes public unease.

Despite a third wave of infections from the Delta variant, Australia’s COVID-19 numbers are relatively low, with just under 44,000 cases and 981 deaths. — Reuters

Zelensky asks donors for $38B as Russia shells Bakhmut