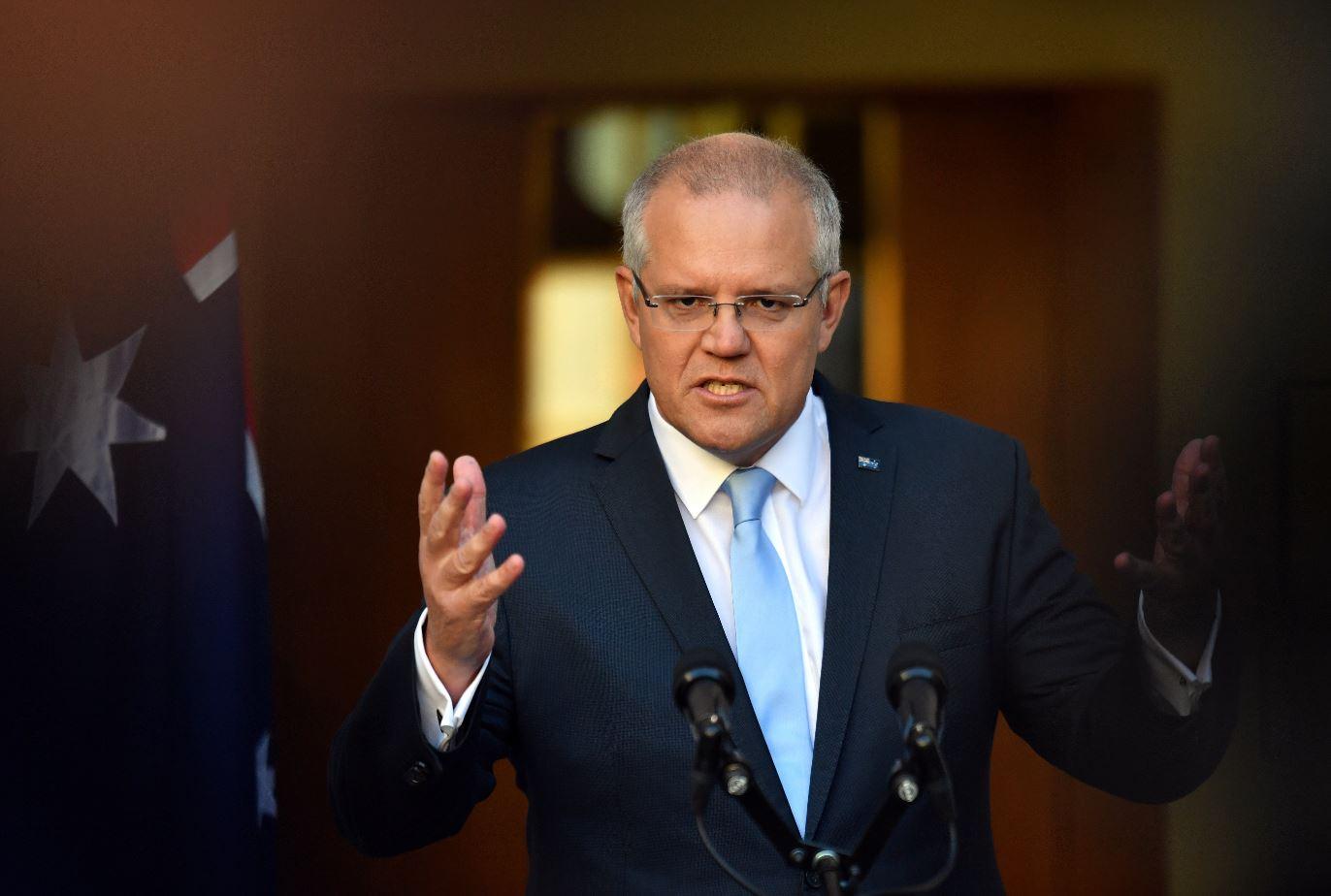 SYDNEY — Australian Prime Minister Scott Morrison on Sunday rejected France’s accusations Canberra lied about plans to cancel a contract to buy French submarines, saying he had raised concerns over the deal “some months ago.”

Australia’s decision to tear up a deal for the French submarines in favor of American nuclear-powered vessels sparked outrage in Paris, with President Emmanuel Macron recalling France’s ambassadors to Canberra and Washington in an unprecedented move.

Canberra has stood firm as France aired accusations of betrayal, with Morrison insisting he and his ministers previously communicated their issues about the French vessels.

“I think they would have had every reason to know that we had deep and grave concerns that the capability being delivered by the Attack Class submarine was not going to meet our strategic interests and we made very clear that we would be making a decision based on our strategic national interest,” he told reporters in Sydney.

“There has been lying, duplicity, a major breach of trust and contempt,” Le Drian told France 2 television. “This will not do.”

He described the withdrawal of the ambassadors for the first time in the history of relations with the countries as a “very symbolic” act that aimed “to show how unhappy we are and that there is a serious crisis between us.”

The French contract to supply conventional submarines to Australia was worth Aus$50 billion ($36.5 billion, €31 billion) when signed in 2016.

As Australia went on the offensive over the decision Sunday, Defense Minister Peter Dutton insisted Canberra had been “upfront, open and honest” with Paris about its concerns over the deal.

Australian Finance Minister Simon Birmingham said his country had informed the French government “at the earliest available opportunity, before it became public.”

“We don’t underestimate the importance now of… ensuring that we re-establish those strong ties with the French government and counterparts long into the future,” he added. “Because their ongoing engagement in this region is important.”

Le Drian also issued a stinging response to a question over why France had not recalled its ambassador to Britain, which was also part of the security pact known as AUKUS.

Of London’s role in the pact under Prime Minister Boris Johnson, he added with derision: “Britain in this whole thing is a bit like the third wheel.”

NATO would have to take account of what has happened as it reconsiders strategy at a summit in Madrid next year, he added.

France would now prioritize developing an EU security strategy when it takes on the bloc’s presidency at the start of 2022, he said.

Admiral Rob Bauer, chair of NATO’s Military Committee, earlier played down the dangers, saying it was not likely to have an impact on “military cooperation” within the alliance.

‘Stab in the back’

US President Joe Biden announced the new Australia-US-Britain defense alliance, in a partnership widely seen as aimed at countering the rise of China.

Le Drian has described it as a “stab in the back” and said the behavior of the Biden administration had been comparable to that of Donald Trump, whose sudden changes in policy long exasperated European allies.

The row has sparked a deep rift in America’s oldest alliance and dashed hopes of a post-Donald Trump renaissance in relations between Paris and Washington under Biden.

State Department spokesman Ned Price on Saturday stressed the “unwavering” US commitment to its alliance with France.

“We hope to continue our discussion on this issue at the senior level in coming days, including at UNGA next week,” he said, referring to the United Nations General Assembly, which both Le Drian and US Secretary of State Antony Blinken will attend.

Australia has also shrugged off Chinese anger over its decision to acquire the nuclear-powered submarines, while vowing to defend the rule of law in airspace and waters where Beijing has staked hotly contested claims.

Beijing described the new alliance as an “extremely irresponsible” threat to regional stability, questioning Australia’s commitment to nuclear non-proliferation and warning the Western allies that they risked “shooting themselves in the foot.” — AFP