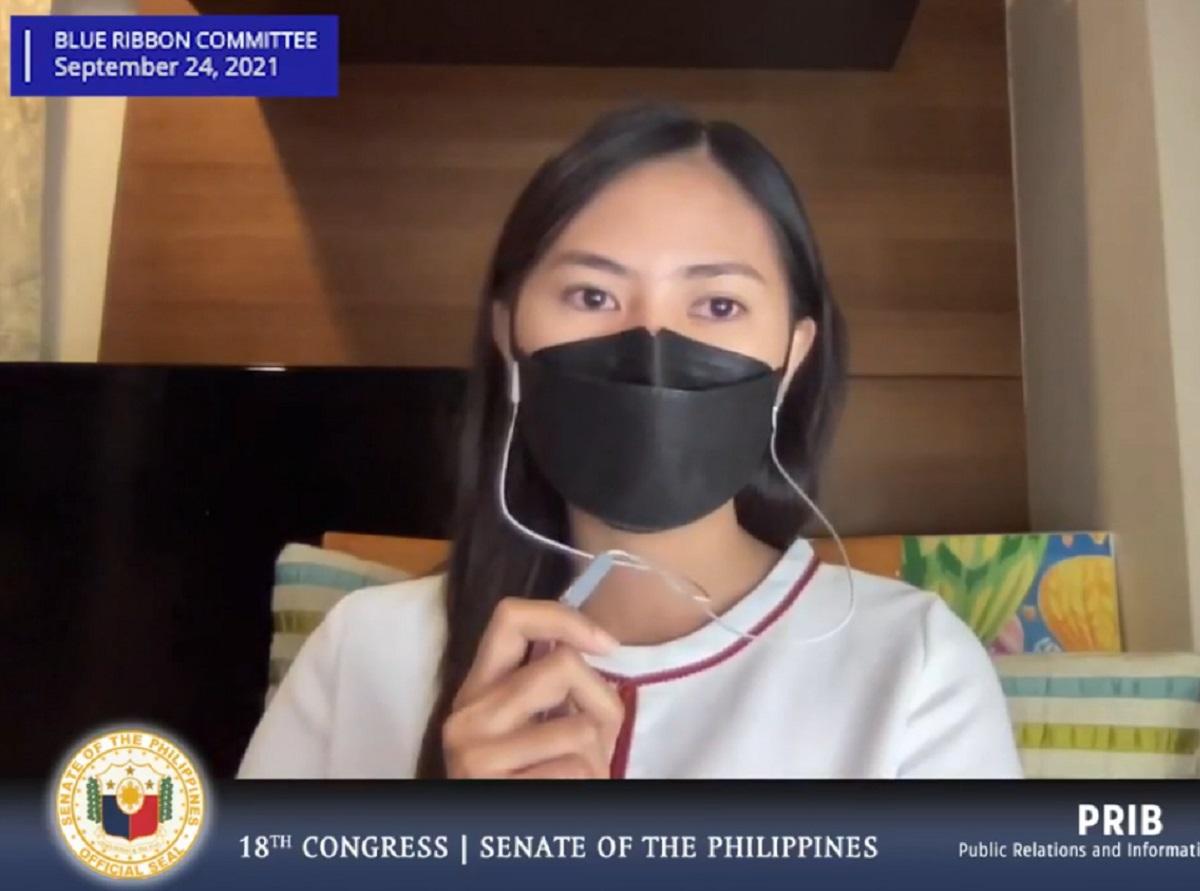 The issuance of an arrest warrant is an option if Krizle Mago will not appear in the House probe on the government’s alleged questionable procurement of medical items despite the subpoena against her, a lawmaker said Wednesday.

Mago is the Pharmally Pharmaceutical Corporation official who bared during a Senate hearing last week about the tampering of the expiration dates of government-procured face shields to make them appear new.

“The proper course of action, kung hindi talaga matanggap ‘yung subpoena, then of course, the second course of action usually is we issue a warrant of arrest,” Surigao Representative Johnny Pimentel said during the Ugnayan sa Batasan media forum.

(The proper course of action, if the subpoena won’t be received, is to issue a warrant of arrest.)

Pimentel is the vice chairman of the House Committee on Good Government and Public Accountability, the panel conducting the investigation.

Pimentel, however, clarified that the panel would not yet issue a warrant of arrest against Mago.

“Let’s say if the resource persons we invited, on the second invitation hindi pa rin sila dumadating, then we cite them in contempt and issue a subpoena for them to appear,” he explained.

“Pag di pa rin sila nag-appear after subpoena, then we can now issue a warrant of arrest for them to be signed by the Speaker,” Pimentel added.

“That is only one course of action that we could take. But I’m not saying at this time, magi-issue na kami ng warrant of arrest, just for clarification.”

Panel chairman Representative Michael Aglipay said on Tuesday that a subpoena ad testificandum was already issued for Mago, noting that her presence would help in shedding light on the controversial purchases.

Mago could no longer be reached, according to Senator Richard Gordon, head of the Senate blue ribbon committee that is conducting a separate investigation.

The Senate blue ribbon committee has already sought the help of the National Bureau of Investigation in locating Mago.

Senator Risa Hontiveros had said Mago is believed to be safe and communicating with other groups.

Both chambers of Congress are investigating the purchase of COVID-19 items last year in which Pharmally bagged billions of pesos worth of government contracts despite its paid-up capital of only a little over P600,000. —KBK, GMA News