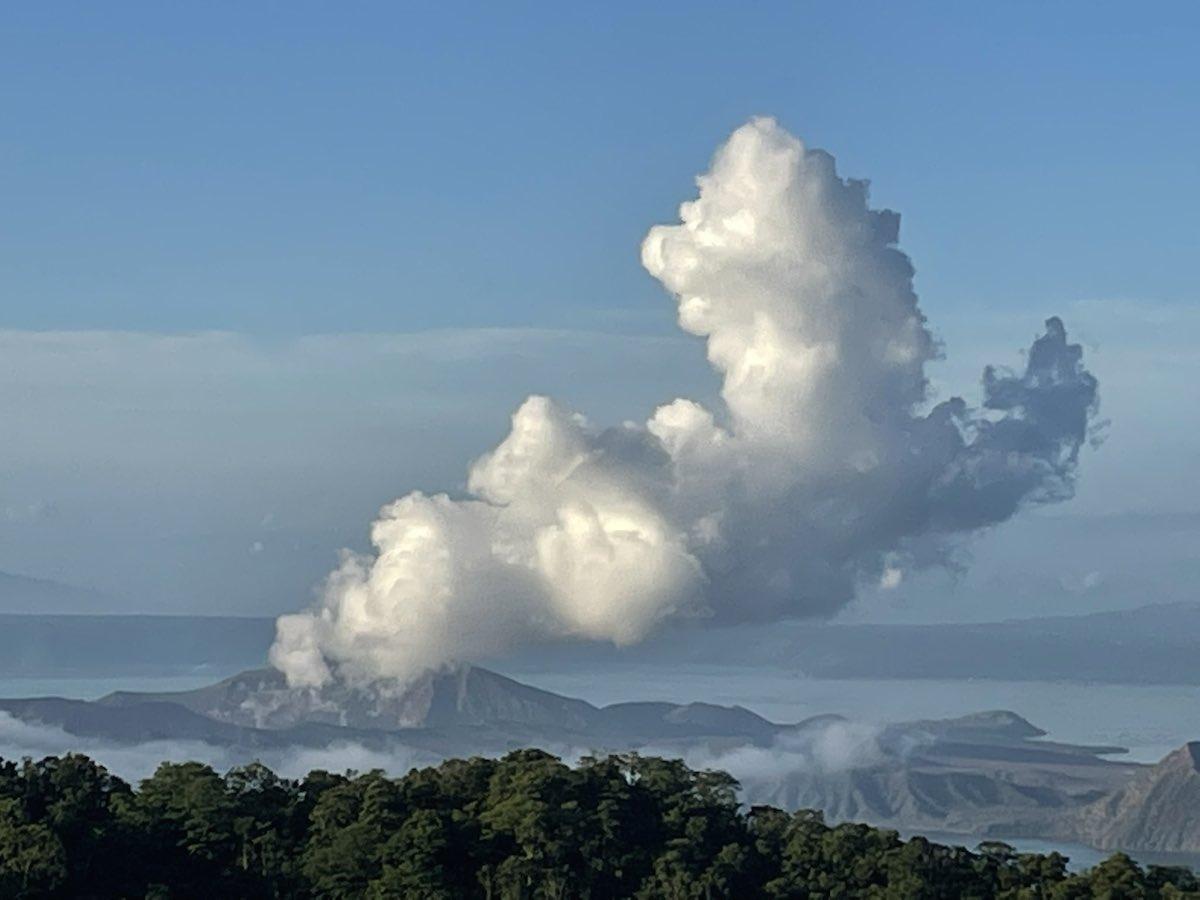 Alert Level 3 is maintained over Taal Volcano on Friday morning  as the magma extruding from its main crater could drive an explosive eruption, according to PHIVOLCS in its latest bulletin.

At 3:16 p.m. on Thursday, a short-lived phreatomagmatic eruption occurred at the main crater and generated a dark grayish plume that rose 1,000 meters.

High levels of volcanic sulfur dioxide or SO2 gas emissions and steam-rich plumes that rose up to 3,000 meters high and drifted southwest and southeast have been observed from the main crater.

SO2 emission averaged 13,287 tons on Thursday, according to the PHIVOLCS. Vog was observed over Taal Volcano and the vicinity.

“The public is reminded that the entire Taal Volcano Island is a Permanent Danger Zone (PDZ), and entry into the island as well as into the high-risk barangays of Agoncillo and Laurel must be prohibited due to the hazards of pyroclastic density currents and volcanic tsunami should strong eruptions occur,” it warned. —Joviland Rita/KBK, GMA News

Over 250 travelers arrived in PHL from South Africa from Nov. 15 to 29 — DOH │ GMA News Online