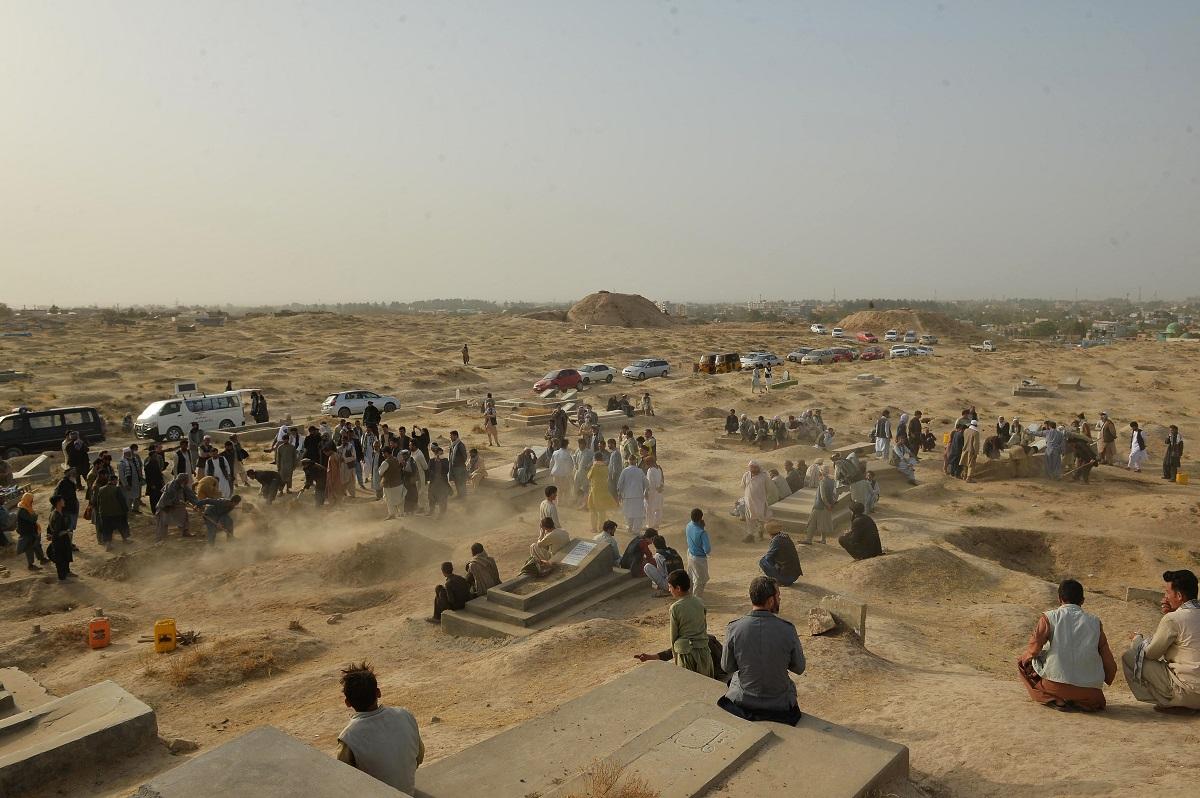 KUNDUZ, Afghanistan — The imam had just led his congregation in a chorus of “Allahu Akhbar” (God is Greatest) when Abbas recalls hearing a “terrible sound” before being knocked to the ground.

“It was a noise I had never experienced in my 24 years,” he told AFP from his hospital bed in the northern Afghan city of Kunduz.

Now Abbas knows that a suicide attacker had detonated his bomb, ripping through the crowd during Friday prayers at the Gozar-e-Sayed mosque and instantly killing dozens of Shiite worshippers.

But despite the distress and his injuries, Abbas vowed to continue his work as a prayer caller (muezzin) and reciter (Qari) at the mosque, saying he sees it as his “human responsibility” to carry on.

Friday’s blast killed around 100 Shiite Muslims, according to locals, the latest in a string of attacks on Afghanistan’s minority community, considered heretics by Sunni Muslim extremists like the Islamic State-Khorasan (IS-K) group, which claimed the attack.

Disoriented and realising his leg was injured, Abbas dragged himself to the side of the octagonal room.

“I was afraid of a second explosion so I and some others threw ourselves out of the window,” he said.

He then crawled from the scene and was taken to hospital by rickshaw.

Lying in the orthopedics ward, wrapped in blue sheets and with bandages on his right arm and leg due to shrapnel wounds, he said those responsible for the carnage were “worse than animals.”

“The mosque is a place that every Muslim should go and pray,” he said defiantly.

“Terrorists that want to sow discord among us or want us to leave our sect or religion must know that their wish will not come true and they will take it to the grave.”

The Azizullah Safar Regional Hospital in Kunduz was still treating 16 patients on Sunday, doctors said, with seven in the intensive care unit (ICU).

Women nurses tended to the wounded who were hooked up to drips and heart rate monitors.

Nuriya Ahmadi, a nurse in the ICU ward for the past five years, said attacks like Friday’s traumatize the victims, but also the medical staff caring for them.

“Patients in a critical condition affect our mental condition too, especially patients who are brought from such incidents,” she told AFP.

“We try to do everything we can to fulfil our responsibility to them.”

Since coming to power two months ago, the Taliban have imposed strict restrictions on women workers, but Ahmadi said staff at the ICU ward were yet to face any problems.

Such a division was necessary, she explained, since only male medical staff treated male patients.

Ghulam Rabbani Sherzai, a junior doctor in the main ward, described the heavy strain of dealing with mass casualties.

“We are putting all our resources to use,” he said, adding that if too many patients come at once “we won’t have enough facilities.”

“We will naturally be under pressure.”

Asked what kind of toll such a tragedy takes on them, he said: “A doctor is also a human.”

“It has a mental effect on us too. We get sad because they are our countrymen.”

One of those being treated at the hospital was just ten years old.

Ali Akhbar, who was lying on a bed next to his father Mohammad Jawad, suffered a broken leg and only remembers “a lot of smoke and fire.”

In the same ward lay Sayed Jawad, 19, who suffered burns all over his body, injuries to his chest and abdomen, shrapnel wounds and fractures to his leg.

The skin on his face was peeling and the hair on his head was singed.

“I am happy that I survived,” he told AFP, “but many of my friends were martyred.”

Another patient, 16-year-old Saber, remembers meeting his friends in the mosque before “fire hit our heads and faces.”

The teenager said he lost several friends and an uncle in the explosion, but believes his life was saved because he chose to pray at the side of the room.

“My friend went to the mosque a little earlier than me and sat in the left corner,” Saber said.

“I went and sat next to him. If it weren’t for him, and I was sitting in the middle of the mosque, I might not be alive now.” — AFP Gov’t must be more proactive in asserting territorial rights —solons