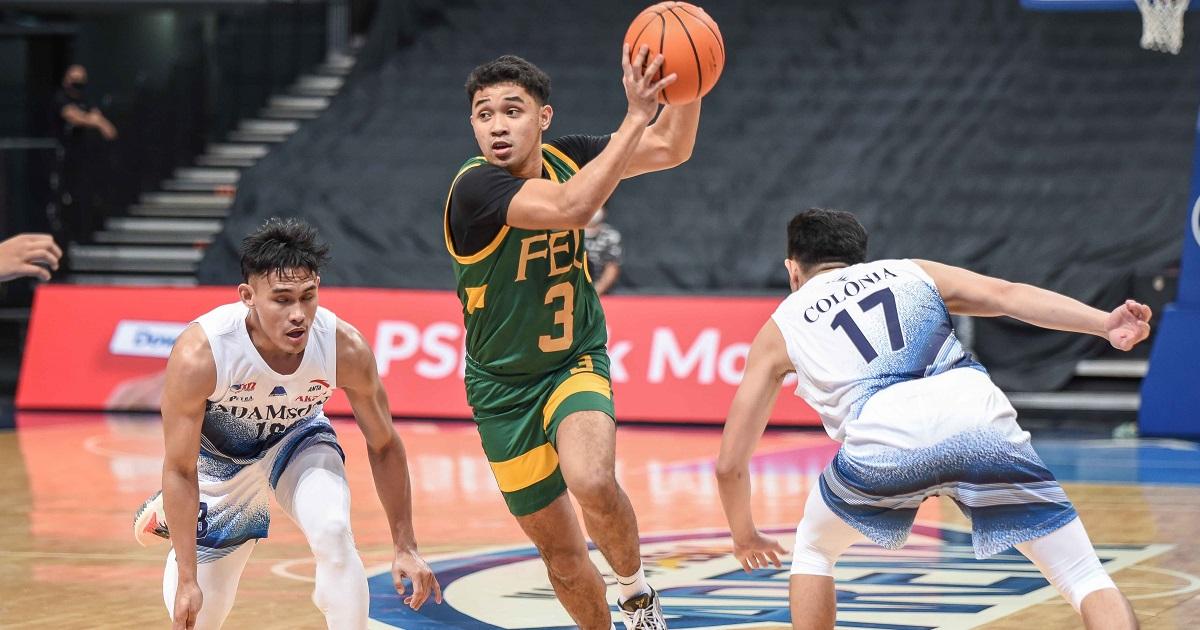 RJ Abarrientos hit the game winning triple as the FEU Tamaraws escaped the Adamson Soaring Falcons, 66-65, on Thursday in the UAAP Season 84 at the Mall of Asia Arena.

The UP Fighting Maroons (5-1) survived the De La Salle Green Archers, 61-59, with Zavier Lucero tallying 21 points to grab the solo no. 2 spot, while DLSU slid to third with 4-2.

The NU Bulldogs, meanwhile, eclipsed the UST Growling Tigers, 82-51 to improve their record to 3-3, tied with FEU at the fourth spot.

The UAAP will be back in action on Saturday for the last day of the first round games.