9 areas still under Signal No. 2 as Maring moves towards Luzon Strait 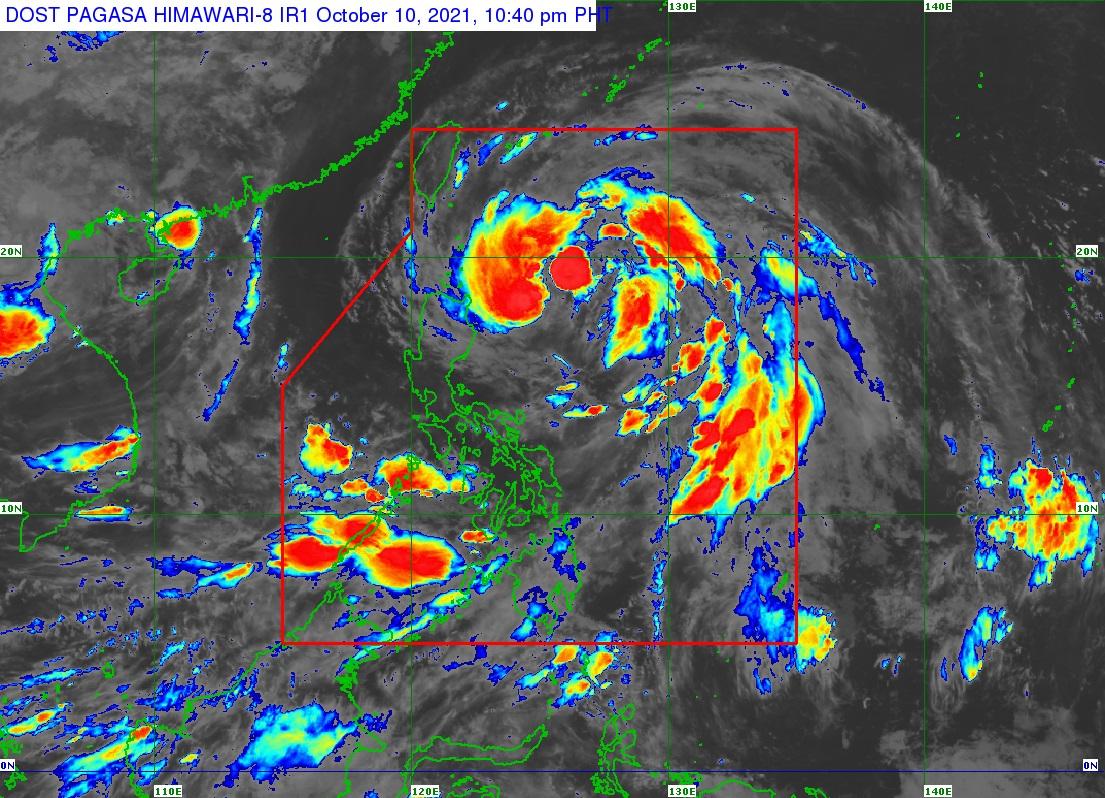 In its 11 p.m. severe weather bulletin, PAGASA said the center of Maring was located 495 kilometers east of Aparri, Cagayan at 10 p.m. with maximum sustained winds of 85 km per hour near the center, gustiness of up to 105 kph and central pressure of 992 hPa. It is moving west northwestward at 25 kph.

From Sunday night to Monday evening, PAGASA said, moderate to heavy with at times intense rains are likely over Batanes, Cagayan including Babuyan Islands, Cordillera Administrative Region, and Ilocos Region, while light to moderate with at times heavy rains are also possible over Central Luzon and the rest of Cagayan Valley.

“Under these conditions, scattered flash floods and rain-induced landslides are likely especially in areas that are highly or very highly susceptible to these hazards as identified in hazard maps,” PAGASA said.

In the next 24 hours, PAGASA said Western Visayas, Zamboanga Peninsula, Palawan and Occidental Mindoro will experience monsoon rains due to the southwest monsoon enhanced by Maring.

Meanwhile, winds may reach gale to storm-force strength in areas under TCWS No. 2, which may result in light to moderate damage to structures and vegetation.

Strong winds (strong breeze to near gale conditions) with higher gusts will also be experienced in areas under TCWS No. 1, which may bring up to very light damage to structures and vegetation.

Further, due to the expansive wind field of Maring and the gradual enhancement of the southwesterlies and northeasterlies, occasional gusts reaching strong to gale-force in strength are possible over the island, coastal, and upland/mountain localities of Visayas, Dinagat Islands, Surigao del Norte, Agusan del Norte, Misamis Oriental, Misamis Occidental, Camiguin, Zamboanga del Norte, and the rest of Luzon.

A gale warning is also in effect for the eastern seaboards of Southern Luzon and Visayas.

In the next 24 hours, rough to high seas will prevail over the seaboards of areas under TCWS No. 1 and 2.

Moderate to rough seas will also prevail in the remaining seaboards of Luzon and Visayas, and the northern, eastern, and western seaboards of Mindanao.