9 areas still under Signal No. 2 as Maring moves closer to Babuyan Islands 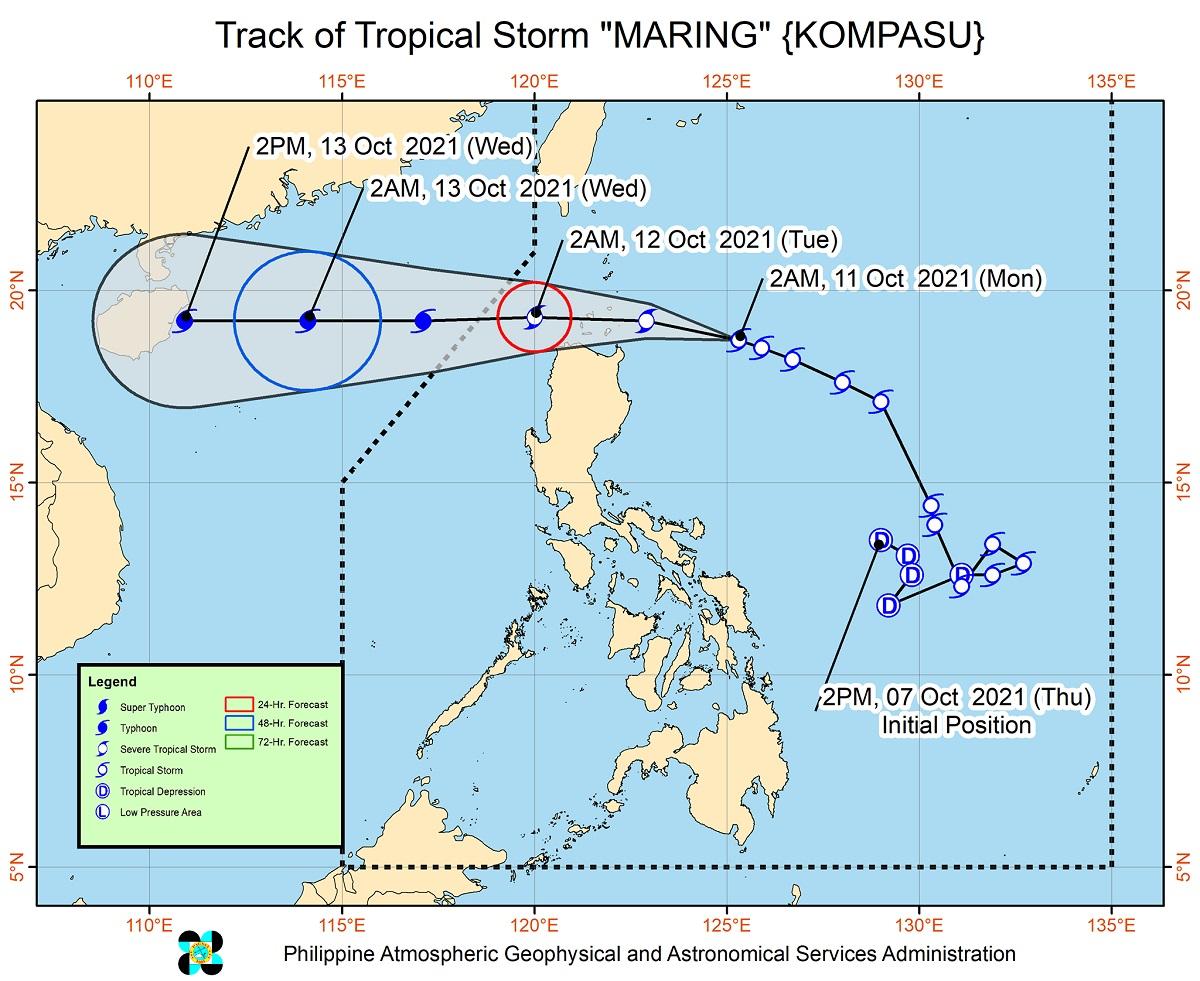 Based on PAGASA’s 2 p.m. update, those under TCWS No. 2, which could experience “damaging gale to storm-force winds within 24 hours,” are:

Meanwhile, those under TCWS No. 1, which could experience “strong winds within 36 hours,” are:

Maring, which is moving westward at 20 km/h, was packing maximum sustained winds of 95 km/h near the center, gustiness of up to 115 km/h, and central pressure of 980 hPa.

Maring is expected to bring “heavy to intense with at times torrential rains” over the following areas:

On the other hand, the following areas may experience “moderate to heavy with at times intense rains”:

Light to moderate with at times heavy rains over Central Luzon and the rest of Cagayan Valley.

“Under these conditions, scattered flash floods and rain induced landslides are highly likely especially in areas that are highly or very highly susceptible to these hazard as identified in hazard maps,” PAGASA said.

Meanwhile, amid Maring’s threat, 72 families or 224 individuals have been preemptively evacuation in Baggao, Cagayan, according to the Office of Civil Defense in Region II.

Classes from pre-school to secondary were also suspended both in private and public schools in the entire Cagayan province.   —KBK, GMA News