7 areas under Signal No. 1 as TD Jolina slightly intensifies 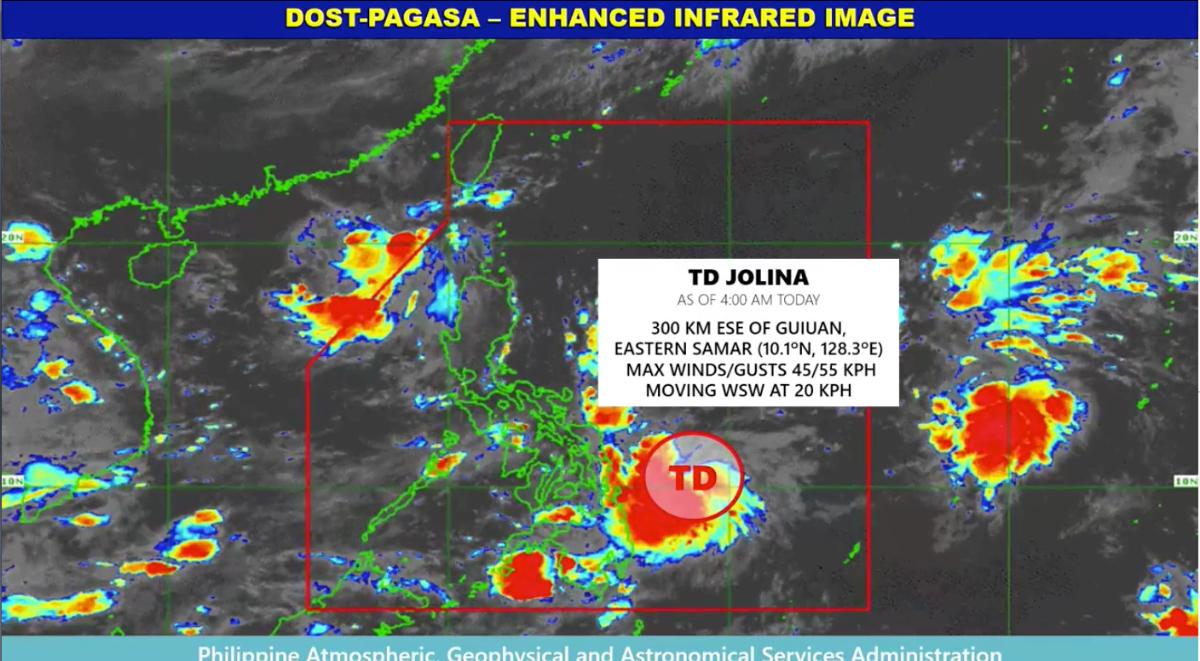 Seven areas were placed under Tropical Cyclone Wind Signal No. 1 before noon Monday as Tropical Depression Jolina slightly intensified as it moved westward over the Philippine Sea.

“The highest possible TCWS that will be raised throughout its passage will be TCWS #2,” it said.

“However, the public is advised to continue monitoring for possible changes in the track forecast in the succeeding bulletins,” PAGASA said.

Eastern Samar, Dinagat Islands, and Surigao del Norte, including Siargao and Bucas Grande Islands, should expect moderate to heavy rains in the next 24 hours due to Jolina, PAGASA said. —KBK, GMA News