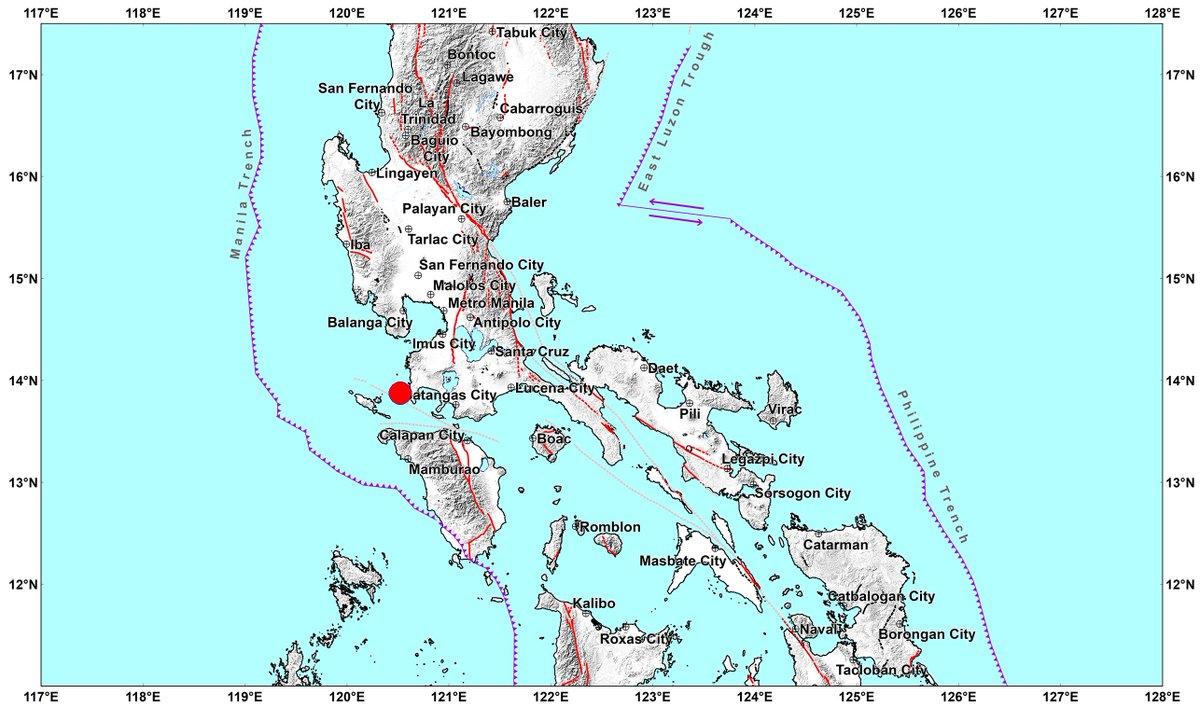 A 5.7 magnitude earthquake was recorded off Occidental Mindoro past 1 a.m. on Monday, with the tremor felt in Metro Manila.

According to Phivolcs, the quake struck at 1:12 a.m., with its epicenter 23 kilometers northeast of Looc, Occidental Mindoro and at a depth of 74 kilometers.

These areas experienced the following intensities on the Phivolcs Earthquake Intensity Scale:

The quake and volcano monitoring agency said it expects damage and aftershocks.

A magnitude 4.5 aftershock 19 kilometers northeast of Looc was recorded at 1:40 a.m.

Fourteen minutes after the quake, a second, smaller quake of magnitude 2.9 was recorded at 1:26 a.m., 28 kilometers northeast of Looc.

About half an hour before the quake, at 12:39 a.m., a 2.6 magnitude quake was recorded near Calatagan, Batangas in around the same area. — BM, GMA News