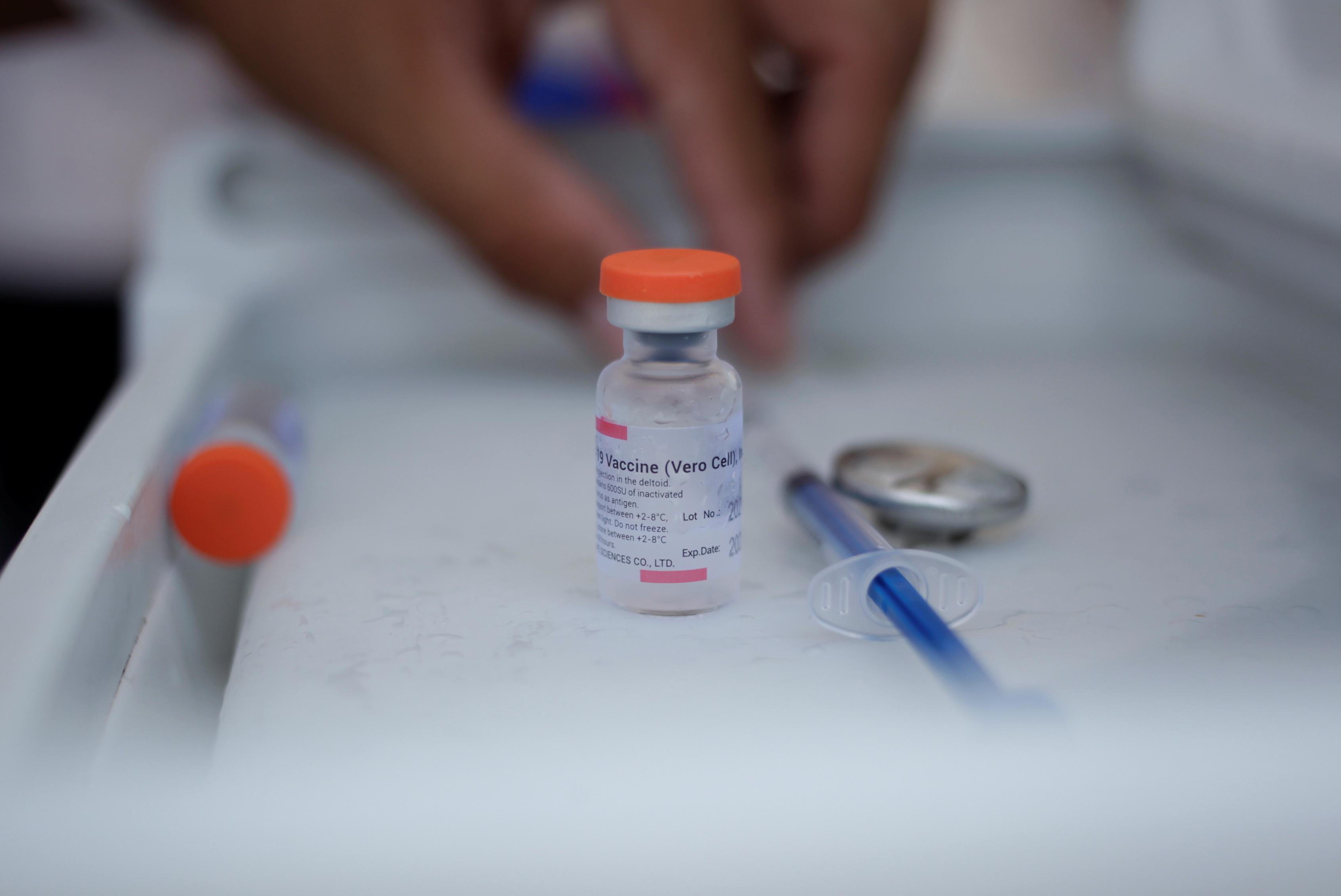 Three individuals were arrested for the alleged selling of COVID-19 vaccines, according to John Consulta’s report on “24 Oras” on Thursday.

The National Bureau of Investigation Task Force Against Illegal Drugs identified the suspects as Kour Singh, Calvin Roca, and Alexis de Guzman, a registered nurse in a hospital in Manila.

The three suspects were arrested in an operation on Wednesday, while another suspect is still at large.

Seized from the suspects was an icebox with 300 doses of Sinovac’s CoronaVac.

“Three weeks ago we received a report [that] there’s a group of people who’s selling vaccines to the public. We used undercover agents during the surveillance and undercover work at this group was offering thousands of vaccines,” NBI TFAID chief Ross Jonathan Galicia said.

“[They’re cooperating.] They already named the personalities involved but we’re not yet ready to divulge [the identities of the] subjects because we’re going to conduct a follow-up,” Galicia added.

“This cannot happen because masisira ‘yong programa ng gobyerno natin [it will damage the government’s program] to vaccinate everyone fairly or equally,” he added.

The arrested persons were brought to the Department of Justice earlier in the day for appropriate documentation and filling of cases for violation of the Food and Drug Administration Act. — Ma. Angelica Garcia/BM, GMA News