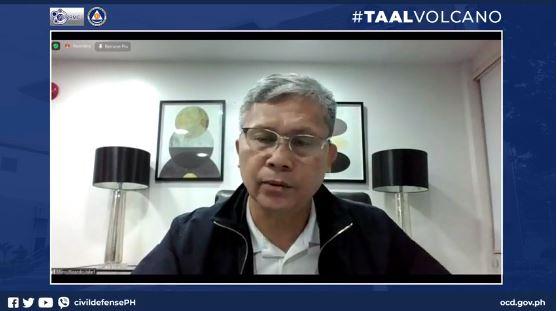 NDRRMC executive director Ricardo Jalad, however, assured that the LPAs are not likely to intensify into tropical storms.

(But the low pressure area will cause rains and winds. The winds may push the ashfall in various areas.)

(PAGASA showed different locations earlier. So this was one of the things we discussed. What will be the effect of the wind on the ashfall of the Volcano.)

Jalad said the Philippine Institute of Volcanology and Seismology (PHIVOLCS) will issue an advisory based on its monitoring.

(We will check the advisory that they will give… but for the purpose of forecasting, we will show the possible wind direction of the LPA.)

The Taal Volcano was placed under Alert Level 3 on Thursday after an eruption that gave rise to a kilometer-high phreatomagmatic plume.

PHIVOLCS and experts earlier said that the ashfall would only be limited around the volcano.—Joahna Lei Casilao/LDF, GMA News